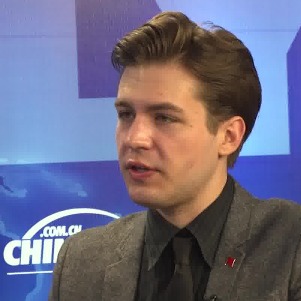 New legislation will give confidence to foreign investors

The draft foreign investment law, which was presented on March 8 to the National People's Congress, China's top legislature, is set for a vote on March 15.

The draft law, more focused on the promotion and protection of foreign investment, will provide confidence to foreign investors, Liao Fan, a professor of law at the Institute of International Law, Chinese Academy of Social Sciences, said.

In this exclusive interview, an episode of China Daily's two sessions special coverage answering questions put forward by media outlets from more than 20 countries, Liao shares his view on the draft law's benefits on boosting foreign investment and how China's further opening-up would bring opportunities to foreign investors.