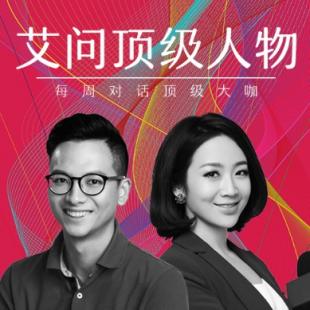 At first sight, Tianchi Li, Founder of the company taking the lead in children's programming sector, had just finished the speech at an event. Besides from the adorableness of his black frame glasses, he gave off elegance and politeness from his highly recognizable Mandarin.

During nearly one hour of interview, he talked about his story of “dropping out of school and starting his own business” in a casual tone and shared his viewpoints on the children’s programming industry. I was amazed several times at how composed he was.

Like many entrepreneurs, Tianchi Li admires Bill Gates and Zuckerberg. People often talk about how he “abandoned his degree and started a business in China”, but he doesn’t consider himself belittling traditional authoritative education or being rebellious. He said: “I think it’s just matter of timing. I am not always proud of this. At that time, I had finished writing my thesis and learning the coursework. I didn't really need a paper diploma to prove myself. I think I could make the choice.” He paid his tribute to his role models with actions.

He is an optimistic King of the Pirates and a visionary of the market. From the perspective of iAsk (iask-media.com), the reason why Codemao was able to become a leading firm in children’s programming industry is mostly because this rebellious gentleman foresaw the market and future in China with his sharp acumen before the industry rose up.

Codemao was established in 2015 and began to engage in children's online programming education. When most Chinese parents thought that coding was the same as the QR code, Codemao took the initiative and set off on the journey of cultivating the programming mentality in Chinese children. At that time, the industry didn’t look promising. There were heated discussions online, such as “Children’s programming is a trap”, “I don’t want my children to become programmers”, “how can a ten-year-old learn programming: they can’t even master their schoolwork and we can’t get our refund later.” The conflicts between the degree of acceptance of programming for children and the professionalism of graphical programming were difficult to reconcile, along with constant doubts from the public.

He said, "From the social point of view, I can understand their concerns, since it takes time for everyone to accept it. However, I believe that programming is essentially a social need and a backward demand for education.

Four years later, the favorable policies of programming education were released continuously. The concepts of “artificial intelligence” and Internet of Things have become increasingly known by people. Parents’ impression of programming has gradually changed from “knowing nothing about it” to “considering it possibly the next universal language”. An increasing number of entrepreneurs and more capital are swarming into the industry. The industry has been fledgling.

Under this current market size of about RMB 3-4 billion yuan, a customer base of around 15.5 millions, expected market scale of RMB 30 billion in 5 years (Data source: Research Report on China’s Children's Programming Industry by iResearch Consulting Group), Codemao stands out in particular. After receiving the seed-round investment from Cheetah Mobile CEO Sheng Fu, the company obtained more funding from Guangkong Zhongying Capital owned by China Everbright, followed by the latest continuous financing from the previous shareholder Gemboom Venture Capital. Since the fourth quarter of 2017 after two years of establishment, Codemao realized a doubling of revenue every quarter, and in 2018, it achieved revenues of over RMB 10 million within a single day.

After experiencing the darkness of being a pioneer and obtaining milestone achievements, Tianchi Li commented on his initial intention: “I didn’t think too much. If I were to make a choice again, my answer would probably still be ‘yes’. Even if I do it once again, knowing that I’m doomed to fail, I will still proceed, because I enjoy the view on the journey.

The process is full of uncertainties. Behind Tianchi Li's calmness is his persistence on his initial intention.

Gloria Ai: Codemao teach children programming. What are some of the changes that they may experience through programming?

Tianchi Li: I think no matter whether it’s programming, computing mentality, or the skill to grasp information, the key is for them to see a bigger a world. At such an age, they have the possibility to do a lot of things. I believe that it’s breaking through their previous life circle and boundaries.

Gloria Ai: In the past four years, to some extent, you and your team have been conducting a certain market education, implying that programming is also a skill that children would need in the future. What trend do you foresee to prompt us to believe that programming is needed and the programming ability is required?

Tianchi Li: Information technology will change our lives. This is why we believe programming is becoming gradually important. Since the 1960s, information technology has evolved from pager to mobile phone, to computer, to operating system, to the mobile Internet. In fact, our past lives have been constantly changed by technology. Additionally, our payment means changed from bringing a wallet to paying with Alipay or WeChat. In the future, AI will actually bring greater changes to our lives and work. During this process, I believe that programming will become a new essential quality.

Gloria Ai: Your speech about programming reminds me of public opinions about English in the past. Parents would believe that if their children mastered another foreign language, they would have more opportunities.

Ten years ago, the wave of the Internet opened the door for the teenagers born in 1990s to a brand-new world. They overcame geographical limitations, realized real-time communication, and could reach out to people from all over the world. Ten years later, nowadays, the wave of artificial intelligence and big data encountered with us unexpectedly. This is a world of all things connected and a world of data. Our demand for data and programming is unquestionable. Meanwhile, Tianchi Li is equally convinced of the children's programming education as a discipline.

During the interview, he mentioned the word "change" multiple times. In view of the remarks that juvenile programming is a "gimmick", he seemed very composed. He said that he never wanted to run programming training programs, nor did he ever think of cultivating children into programmers. Codemao aims to stimulate children’s desire to explore and their computing ability. In his opinion, that implies a possibility, i.e. the possibility of exploring more in the era of artificial intelligence.

Speaking of his experience of learning programming since the age of 8, he was full of emotions. He felt fortunate to be exposed to programming in the era when everyone else only focused on foreign language education. He was grateful to his parents for their education and respect. He believes in education and he has the ambition to bring changes to future children.

I could see his belief and ideals from behind the black frame glasses – programming education will open up a different world for children.

The essence of education is to snatch children’s time

Gloria Ai: If there is an entrepreneur who also desires to enter the educational industry showing up in front of you, what would you remind them to be alert of?

Tianchi Li: Currently, if someone wants to enter the educational sector, I think I may have a lot of suggestions to share. The first is to think about the services they provide. What is the essence? There are actually many types of education. Essentially, I feel that the core of all educational programs is to snatch children’s time. Different types entail different ways of operation.

Secondly, for many educational firms, it is necessary for them to figure out the overall cash flow situation. Since educational services require payment in advance, which yields advantages over other industries, it can secure decent cash flows. However, they should be aware that the cash flow is not their income. It is actually a debt, because you haven’t provided the services. I have talked about this with plenty of entrepreneurs in the educational industry. I believe that companies need to sort out their cost structure and overall business logic before they earn RMB 100 million yuan monthly. Before they reach the scale, they actually wouldn’t run into certain problems.

"iAsk" (iask-media.com) believes that there are a thousand Hamlets in a thousand people's eyes. There is no right or wrong. It has nothing to do with others. "The essence of education is to snatch children’s time." Tianchi Li gave the simplest and most explicit explanation of this area that has been discussed by many people. Clear goals make execution easier. This is the positioning and guidance of Codemao.

From the moment he returned to China, Tianchi Li completed the role transition from student to entrepreneur. At that time, he was full of ambition and momentum. He decided to take responsibility for himself with actions.

However, the journey of entrepreneurship is full of uncertainty and loneliness. A knight with exceptional skills might not be able to stride on the journey, because he is no longer alone. He is no longer burdenless. His pace begins to become slower. He needs to be more cautious with each decision, because every decision impacts the destiny and future of his team and company. With the pressure, the knight also questions himself and his own decisions and judgments.

This journey is constantly changing and destined to be rough. The carefree teenager who didn’t care about the degree and proceeded without hesitation "because the view is beautiful" is often stunned and doubtful while constantly being proved ignorant.

This is a test.