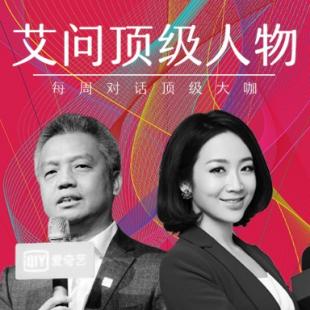 When can iQiyi make a profit? | iAsk Top Leaders

"If we see creative content, we are willing to pay more for it. Despite the fixed hard cost, the value of content is embedded in creativity from early stages. A script completed in three years differs from one completed within a year. The former deserves more premium."

This is the speech by Xiaohui Wang, Chief Content Officer of iQiyi, at the China Internet Audio & Video Convention in May this year. In order to gain users, snatch traffic, and maintain the lead in the industry, iQiyi has invested heavily in the past few years without considering costs. Last year, the loss of RMB 9 billion even equaled the total losses in the previous three years.

Yu Gong, Founder of iQiyi, stated that in the face of changes, iQiyi is confronted with critical moments. Video censorship is becoming stricter; the competition over IP investment is getting fiercer; short videos have brought about overwhelming impacts... In this issue of "iAsk Top Leader", iAsk Founder Gloria Ai spoke with iQiyi Chief Content Officer Xiaohui Wang, revealing the business status quo of the industry leader in the long video sector.

How strict is video censorship?

Regulations have become stricter and the market trend is changing drastically. This is the most intuitive insight for television practitioners in 2019.

Last year, the National Radio and Television Administration promulgated a number of policies to regulate and supervise the content of TV dramas, actors' pay, and the content of online audiovisual programs, along with various "restrictions". The current television industry has already undergone major transformations.

In July 2019, the TV Drama Department of the National Radio and Television Administration held the "Special Seminar on TV Drama Content Management", requiring all provincial-level management departments to comprehensively strengthen content control and comprehensive management of the industry. For broadcast TV and online audiovisual programs, relevant departments have long been monitoring around the clock, implementing unified standards online and offline and basically intervening in advance for major projects to enhance the guidance of high-quality dramas; dramas that do not seem "politically correct" would basically be taken offline before production completes.

A censor who has participated in film review expressed that even if a TV drama/program is approved after censorship and even scheduled for airing, you shouldn't get your hopes up too early. Even if you manage to pass rounds of censorship, you may still be reported by netizens or protested by relevant associations.

Before joining iQiyi three years ago, Xiaohui Wang served as Vice President of China National Radio. With 26 years of experience in the traditional media industry, Xiaohui Wang has gained a deeper understanding of content censorship.

Gloria Ai: Is one of your most important job responsibilities now to watch TV dramas?

Xiaohui Wang: I watch major TV dramas, especially those of critical or sensitive subject matters. I don't miss a single episode. For example, I finished watching "Story of Yanxi Palace" from the beginning till the end as well as "The Legend of Haolan", which has more than sixty episodes, because these need to be examined.

Gloria Ai: What questions would you be asked when the dramas are submitted for review?

Xiaohui Wang: For example, whether the values ​​are correct or not.

Gloria Ai: What kind of plot would be censored?

Xiaohui Wang: There are plentiful regulations in China, and a large number of rules have been announced. For example, a mistress can never be justified or successfully wreck a family. Additionally, in American movies, there are often scenes of police beating civilians, which can never appear in Chinese films and TV dramas.

However, opinions about artworks can often be subjective. During the review, experts will put forward specific opinions, as the benevolent see benevolence and the wise see wisdom. For example, they might consider a scene violent, but you don't think so; they might feel that a certain scene might scare children, yet you disagree. Both sides need to communicate on this regard.

Gloria Ai: When lots of foreign films and TV dramas are introduced in China, we noticed that plenty of those are censored. What kind of scenes would be cut out?

Gloria Ai: If something went wrong, would anyone be held accountable?

Xiaohui Wang: Of course, I have been penalized. For instance, some of our content might not conform to certain regulations, so we took them offline.

When can iQiyi make profits?

On the latest list of China's top 500 companies in 2019 published by Fortune, iQiyi was re-nominated with operating revenues of RMB 25 billion from 2018, up by 78 places compared to last year. It is also the only online video platform nominated.

However, pitifully, on the list of "losses" of the top 100 companies simultaneously released by Fortune, iQiyi’s loss amounted to RMB 9.4 billion, second only to that of Meituan. In May 2019, iQiyi released its first-quarter earnings report, with a net loss of RMB 1.8 billion, a year-on-year increase of RMB 1.4 billion.

Although iQiyi has gained from the substantial investment in content, the simultaneous investments in the purchase of copyrights, original dramas, variety show promotion and more have also consumed most of the profits of iQiyi.

Gloria Ai: iQiyi has invested massively in content and R&D. In 2018, the total loss reached RMB 9.1 billion. How did iQiyi spend this much money?

Xiaohui Wang: It was impacted by several factors. The most influential factor was the price of the major IPs from the previous years. When the industry competition reached its peak, prices were bumped up consequently.

Xiaohui Wang: When everyone is competing to purchase a drama, you offer RMB 1,000, then someone else might offer RMB 10,000; when you offer RMB 10,000, another one might offer RMB 100,000. That's how prices go up. That's the first point. Secondly, it was influenced by the inflow of hot money. In 2014 and 2015, the capital market suddenly realized that the film and television sector was very profitable and that these companies can go public. Hence, the industry was swamped with hot money. Investors started exploring for the business logic of the sector. They observed that they can earn profits by purchasing major IPs and hiring famous celebrities. When all the production firms chased after celebrities, the cost would certainly skyrocket. If the price signal of the industry is distorted, no one can be the ultimate winner.

Gloria Ai: As a consequence, the government started imposing caps on celebrity pay and monitoring the film and television industry more strictly. How will these changes affect the long video ecosystem?

Xiaohui Wang: I believe that it is gradually becoming reasonable now. Adjustments will take place sooner or later.

Xiaohui Wang: In two years. As long as industry players give up on the meaningless "arms race", a couple of platforms will be able to make profits in two years. If you persist with "arms race" and go out of your way to take down your competitors, you will only end up with rising costs and no profits.

Can iQiyi monopolize the market?

In 2018, as the growth rate of long video users slowed down and the number of monthly active users as well as the length of use gradually approached the bottleneck, the short video sector grew robustly, with an increase of market penetration rate from 49.8% to 67.7% and a rise in the number of users from 488 million to 744 million.

From Xiaohui Wang's point of view, practitioners of the film and television production industry felt very anxious in 2018. iQiyi managed to break through the anxiety by producing original content and trying to understand users. The more you face industry reshuffle and encounter growth bottlenecks, the more you should stick to the initial vision.

In the first quarter of this year, the number of members with subscriptions to iQiyi reached 96.8 million; Tencent's Video, 89 million; and Mango TV, over 13.31 million. On June 22, iQiyi announced that the number of members exceeded 100 million, which means that iQiyi has become the world's first and only video platform in a single market to reach 100 million members.

Xiaohui Wang said that in the next decade, competitions and battles will still be the mainstream, and that iQiyi yearns to be the winner.

Gloria Ai: In the long video sector domestically, is it possible for iQiyi to monopolize the market in the future?

Xiaohui Wang: Being at the industry top is possible, but it is impossible monopolize the market, which means that you need to possess more than 50% of market shares. Impossible.

Gloria Ai: If there is another competitor partnering with you to dominate the market, which company would it be?

Xiaohui Wang: At this stage, we are neck and neck with Tencent. Based on various data indicators, the two are still in a leading position. In terms of the streaming traffic of dramas alone, the two companies already account for 70% to nearly 80% of market shares.

However, the market is fair. The creativity market is a decentralized market by nature, which cannot be standardized, just like how it's impossible to mass produce "Titanic" or "Avatar".

Gloria Ai: We talked about iQiyi's competitors, including Netflix and Tencent. However, in this era of destructive innovation, it might not be a direct competitor that defeats you eventually. It could be an unexpected rival. In 2018, the number of users of short videos rose by 471% year-on-year. Are platforms such as Kuaishou and TikTok competitors in your industry?