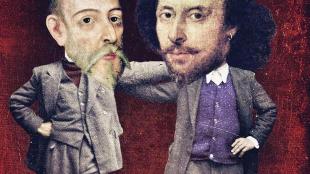 Shakespeare is for all time

2016 marks the 400th anniversary of William Shakespeare's death; and The British Council has launched a global campaign of events to celebrate the work of the great playwright and to encourage people in over 140 countries to explore Shakespeare as a living writer who still speaks for all people and nations.

With its booming cultural economy, China is a vital part of this global program, through which more meaningful cultural inspirations are being shared. So how is the campaign going down with the Chinese? And why after so many years, is Shakespeare still relevant to today’s generation?

We’re talking to Nick Marchand, arts director of the British Council China, who is also responsible for the ‘Shakespeare Lives’ arts program.