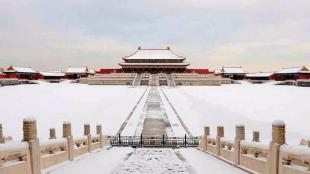 Many details of daily life behind the red walls of Forbidden City have been lost to history. It is a traditional establishment often associated with royalty and class, something far from the lives of ordinary people. But in recent years, the Palace Museum has tried to make itself less forbidden and more accessible through incredible bursts of creative efforts, such as integrating digital media and technology with its rich cultural legacy, and it has won huge public acclaim.

So, has the development of the internet changed the traditional role of museums as "treasure houses"? How can we give traditional cultural gems a modern twist while maintaining their original flavor?

We talk to Yu Zhuang, head of the Palace Museum's Digital Media Team, and in the later part of the show, you will hear from some foreigners about how a modern-day museum can reposition itself to be more culturally-relatable to the general public.