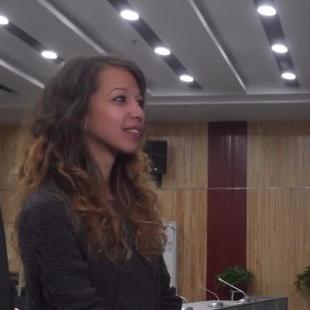 Human beings have become an environmental force that is changing our world - and not always for the better. Since the mid-20th Century, rising populations and intensified carbon-based production has marked the beginning of an era on our planet - one dominated by accelerated emissions, deforestation, global extinction, plastic pollution and contaminated oceans.

Having grown into the world’s largest producer and consumer of renewable energy sources, it has become of equal importance for China to not only change existing forms of consumption, but also protect ecological areas from destruction.

Asia’s three great rivers - the Yellow, Yangtze and Mekong - all flow through Sanjiangyuan, an area of diverse ecosystems, soil types and wildlife. Divided into management zones according to particular needs, the degradation of pastures and extinction of endangered species has since been halted.

Combined with the strategic introduction of eco-centric job opportunities for local residents in the area, the preservation project is an example of how China is resolving environmental to the essential benefit of not only the planet, but also, the people.