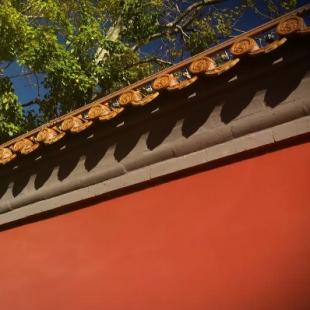 As a group of people living and working closest to the Zhongnanhai leadership compound, government officials and residents in central Beijing's Xicheng district are always aware of their "special duties".

Since the headquarters of China's central leadership Zhongnanhai is in the district, people who live and work around the compound have developed loyalty to the Party, a sense of responsibility and a faith to serve the public good.

Since 1999, this common awareness has been called a "red wall consciousness" because of the color of walls surrounding Zhongnanhai.

In January 2016, the central leadership raised "Four Consciousnesses" of the ideology, the whole, the core and the line - to help build the Party through inner-Party discipline and directives.

As introduced by Lu Yingchuan, Party chief of the capital's Xicheng district, the "red wall consciousness" is a reflection of the "Four Consciousnesses" at a basic level among the grassroots.