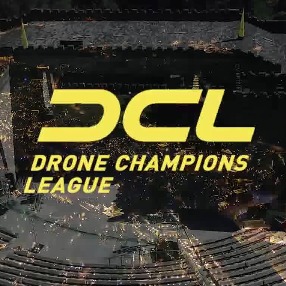 For the first time, China hosted the world-famous Drone Champions League, or DCL race on Aug 10 and 11, with top pilots from around the world performing an exciting race over the Simatai Great Wall.

Growing in popularity in recent years, drone racing is regarded as one of the three ‘smart technology’ sports, alongside e-sports and robot fighting. With a top speed of around 140 kilometers per hour, drones used in the race can reach zero to 100 km/h within 1.6 seconds.

The Drone Champions League is the pioneer of drone racing. Since its 2016 launch in Europe, DCL is dedicated to organizing races in iconic landmarks across the world.

“As the Drone Champions League races only take place at exceptional locations, the natural choice for the Chinese venue landed on the Great Wall of China and Simatai,” said Herbert Weirather, CEO of DCL. “We have seen a large active drone racing community in China who is also interested in the Drone Champions Leagues. A race in China was the obvious desired location for a race.”

China Dragons are the regular team of the Drone Champions League, attending the DCL Races around the world. This time, the China Dragons designated four domestic pilots to participate in the Great Wall Race. Ten Chinese pilots also participated in the race as wild-card players. Competition was fierce amongst top pilots across the country, but the team finally stood out in the DCL China Wild Card Race.

Compared with traditional racing, drone racing offers an epoch-making experience for pilots and audiences, since pilots, in addition to simply overcoming obstacles on the 3D track, have to “fly” their drones via FPV with VR goggles powered by image transmission technology, which can also be sensed by on-site and online audiences.

“With the Drone Prix China in 2018, we will lay the foundation for a series of drone races in China. We see great growth in the new Sports Art, especially in the Asian market. Together with our Chinese partners, even more people can get enthusiastic about drone racing. “ said Herbert Weirather.