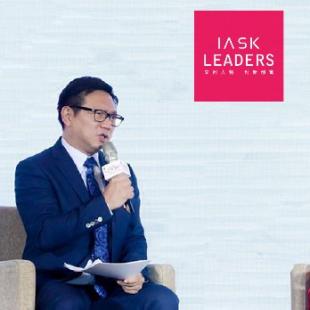 iAsk: To be confident, a woman has to forget about her gender

When a woman no longer emphasizing on “being a woman”, she starts to become truly confident.

At the peak of her career as a hostess from CCTV, she chose to leave and started her own self-media platform; as a female in the male-dominated venture capital industry, armed with her red gown, she shines as a prominent investor; she keeps challenging herself, creating new possibilities through the breakthroughs.

About media business, “I have a deep connection with media, I will continue working in the media industry until I die.” Having the feeling that Chinese entrepreneurs are rising, but not yet well-known around the world, Gloria Ai founded iAsk Media in 2014. Within 4 years, iAsk Media has tracked over 1,300 venture stories and value creation principles from entrepreneurs and investors through a variety of forms of products such as interviews, rankings, and live events.

About investing, “I believe, in every pain point lies an investment opportunity.” 6 years ago, she used to work for the World Bank IFC, focusing on TMT investments; In 2016, she became the youngest venture partner of SAIF Partners, successfully invested in unicorns such as Moviebook or Horizon Robotics.

iAsk Media tracks the business leaders, Gloria Ai invests in the business leaders. Media business on the one hand, investing on the other hand, Gloria Ai is active in both media and venture investment circles. She seems to intentionally deemphasize her role as a woman. At the third annual Reuters China Female Leadership Summit, Gloria Ai responded the hostess Luo Xin by saying: “The real confidence starts only when a woman no longer emphasizes her role as a woman.”

Gloria Ai combines her self-pursuit with social values, living consciously and on purpose.

Luo Xin: Yan Lan One-on-One continued for many years. Many female hostesses really like to do talk shows, such as my colleague Ye Rong. She hosts a show called “Wealth China”, on which she also continuously interviews people. As for interviewees on your show, do you select them differently compared with the other hostesses?

Gloria Ai: The biggest difference lies in that, the people I interviewed do not just seem correct. I do not interview them because they’re famous or hold  prominent positions, but because they have souls, they are truly innovative, they do things in their own unique ways, and they are true leaders who love to share their ideas. I only see an interviewee as someone from the future, but not from the present.

Luo Xin: Who are just doing the talking, and who are doing the real thing?

Gloria Ai: Many people ask me whether to start a business or not. My suggestion is, better not. Unless it is something you want to do until you die. If death is the price you‘d pay, then do it. When I look at a startup, when these people would rather die for their startups, they would succeed. Because except death, there is nothing that must be done for people and firms. Death is certain, however, one lives and thrives on his/her way to death. He/she will utilize all the resources and luck. Therefore, although when you look at this firm’s financials or market share, which might not be the best in the market, because of this person’s drive, you would believe he/she would make this happen.

Gloria Ai: For iAsk Captial, we only invest in media tech, and many of my investment targets are not my interview targets. As for media, I hope to aim at Forbes, a family business that lasts for generations and tracks the people of the era.

As for investing, our aim is to be like a certain American family office which is behind the world’s most influential technology firms. It is the fund which changed the world. This is what iAsk Capital wants to achieve, and it does not contradict with my current media business.

Luo Xin: Do you think gender is important for venture and investment? Or so to say, when a woman keeps emphasizing on her gender, is it also actually a kind of more severe reverse-sexism?

Gloria Ai: Agree, totally agree. The true confidence only starts, when a woman stops emphasizing on being a woman. Are men and women fundamentally different? Men are more rational and stronger. Men would say women are better at taking care of children and doing house works, due to education and evolution. Is it right? No matter right or wrong, just keep moving forward.

A hunter may invest very frequently, he can find firms to invest because he looks around, he is strong. He talks, at meetups and on dinner tables. But it is harder for him to notice the truly extraordinary things. A truly great firm can only be found when you are prepared, and the right partner found you. You both work together to make a really great product. So, men have their advantages, but to become great investors, women are not worse.