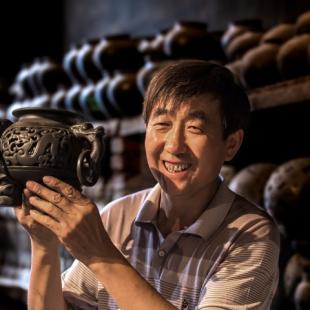 East China's Shandong province, the birthplace of the Chinese ancient philosopher Confucius, is well known for its wealth of history and profound culture. There are also many intangible cultural heritages to be found in Shandong.

An intangible cultural heritage can be defined as traditions or ways of life, which have been passed on from generation to generation to their inheritors, who keep the practices alive today. These may be events, rituals, skills, or art performances.

The recently concluded Fifth China Intangible Cultural Heritage Expo, held in Jinan, capital of Shandong province, showcased some of the most prominent intangible cultural heritages across China. Those from Shandong, such as shadow play, black pottery, miniature engraving and willow weaving, all which possess distinctive Shandong characteristics, amazed many visitors attending the expo.

At the expo, we interviewed some inheritors from throughout the province, who kindly shared their stories with us...