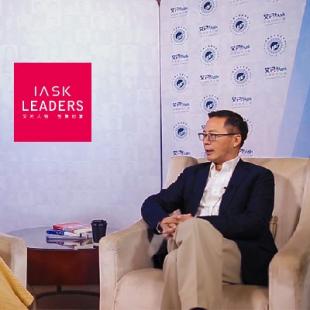 Time is the best friend of an investor

First, acquire a large amount of financing, then get public listed and cash out – this seems like an intriguing pattern on the capital market.

Since 2017, the Chinese tech companies experienced three waves of IPOs. On the first half of 2018, 26 TMT firms in China has went public, financed as much as 57.8 billion RMB, a huge increase of 124% on year-on-year basis. 77% of the total TMT financing amount comes from the top three players -- Foxconn Industrial, iQiyi and Bilibli.

10 digital net-worth for the founder, 100x returns for investors, 8 firms went public listed on the same day on HKEX -- all the news is like adrenaline shots, injecting into the venture capital market one after another.

However, despite these adrenaline surges on the Chinese capital market, they did not stop the winter from coming. Shanghai Composite Index continues to slump, several firms fall on its first day of trading, rational investors are expecting a capital crisis to come.

In the past, as long as enough money is invested on the trending topics, the top players are incubated to gain 10x and even 100x to 1000x returns. However, when the hype is gone, financing environment suddenly changes, and the knock-on effect of the capital market kicks in. Then, it gets hard to do financing, hard to do transactions, hard to get listed, and hard to exit.

How to remain rational and clear-headed in the prosperous times and also to survive and thrive during the difficult times of the capital markets are common questions investors have to answer.

“Time is the best friend of an investor.”Wang Chaoyong, the CEO of ChinaEquity Group gave his answer. In recent years, people seem to hear less about the ChinaEquity Group. Regarding that, Wang Chaoyong took it lightly and commented that “no one can” get-it-all“ in this market”. He said, “The market needs investors with different styles and strategies. Our position is to invest the best firms with the highest returns. We do not go for the largest scale.”

Continue moving forward even if you failed this time. Just like sailing, the best sceneries are always ahead of you. Do not care about the failed investments. For this business, it is about having no complaints, no regrets, and no fears.

This week’s iAsk Leader, Gloria Ai is having a conversation with the “VC Godfather”, Wang Chaongyong to discuss his life as an investor, and the choices and trade-offs he made.

Gloria Ai:How do you evaluate all the investments you made so far for the first half of your life?

Wang Chaoyong:I think becoming an investor is the best choice of my life. It is my favorite kind of job, and a career I will pursue my whole life. Riding the waves of China’s economic reforms, employing capital and investment to help entrepreneurs to realize their dreams, while creating income, tax revenue and jobs for the society, I think these are things a qualified investor should position himself in.

Gloria Ai:Investing is a combination of successes and failures, as there is a 20/80 rule. For a fund, if 20% of its investment survives, or even has some return, it is already a great fund. That means, there must be 80% left that are deem to fail or are relatively unsuccessful.

Wang Chaoyang:Your 20/80 rule should be understood in this way – in the VC circle, 80% of the profits and returns are earned by the best 20% deals or organizations. To be a leading VC, we need to aim at the sector or projects that are the best 20%. For every fund we have, we cannot have such a high failure rate. I think for every 10 deals, 2 of them can fail. Among the rest 8 deals, maybe 2 of them are very successful, the other ones are normal. But we can’t have a 80% failing rate. That is too high.

Gloria Ai:But the wisdom comes from the unlucky deals.

Wang Chaoyong:Indeed, that is true.

Gloria Ai:Throughout your career, what kind of deals were the worst, which you will definitely not get involved again?

Wang Chaoyang:I haven’t met the worst, but I have my regrets. For instance, when we just started, we were lack of capital, so the investment was limited in Beijing area.Therefore, we found and invested in Baidu and Sohu, but we did not invest in Alibaba from Hangzhou or Tencent from Shenzhen. This is a huge regret.

Another regret is the subsequent waves of the internet economy, which we did not follow. For instance, regarding the E-commerce sector, we missed great deals such as Meituan or Dianpin.

Gloria Ai:Just as you said, time is the best way to prove who is right.

Wang Chaoyang:Correct, time is the best friend for an investor, as well as for investment organizations.Because in the past, the Silicon Valley VCs can operate a fund for 10 years or even longer. In China, it is the 3+2 mode, which means a maximum 5 years of holding period.  This is bad for holding good deals for over a long period of time.People in China focus on chasing “the next big thing”, but as you can see, they actually do not hold their investments for long. Very few exceeded 7 years, and none exceeded 10 years. However, the two most successful deals are made by MIH from South Africa’s for their investment in Tencent and Softbank investing in Alibaba. They both held for over 16, 17 years and created returns exceeding 100 billion dollars.

So this is the difference between venture investment and equity investment. What we should find out is that Chinese VCs has invested in so many great deals, but why none of them became a Softbank or MIH? Back then, we invested in Baidu and got a 122x return in five years and we sold our shares. But if I would have kept it until now, it would be close to 1000x.

Wang Chaoyong:Indeed. Because in China, out of over 20 million SMEs, a total of less than 5 thousand firms are listed on the Main Board and 10 thousand firms on the "New Three Board” - a total of 15 thousand companies.Comparing with 15 to 20 million firms in total, it is a very small share. Therefore, getting publicly-listed and exit is for sure a rare thing.

As for the CSRC (China Securities Regulatory Commission), what they worry the most is, that there are so many VCs and PEs who would sell their shares after the deals go on IPO, which will give huge pressure to the secondary market. So now, they are also making all kinds of policies to limit companies from reducing their shares. I think the best solution is to make these investment organizations either get listed themselves or through a shell. Therefore they will not be in hurry to reduce the shares of their investments.

Gloria Ai: As Wang Xing from Meituan said, this is already the second half game for the Chinese Internet. Do you also think we have entered the second half of the game, facing lots of clearing and closedowns?

Wang Chaoyong: I think not yet, maybe in 3 to 5 years. Because many fundsnowhave investedall the moneyand are waiting for returns.

Gloria Ai:So we will see in five years, there are still two to three years left for the duration of the fund, right?

Gloria Ai:What do you think will come?

Wang Chaoyong:There will be lots of VCs that are being phased-out, just like the internet startups.

Wang Chaoyong:The large ones, the ones with good exit records, with fundraising abilities, with a good brand name and an experienced team.

Wang Chaoyang:The investors from these organizations will stay.

Gloria Ai:What are the common things about them?

Wang Chaoyang:The investors who have a deep industrial and investment background, good networks and most importantly, fast learning abilities and who are keeping up with the times will stay.