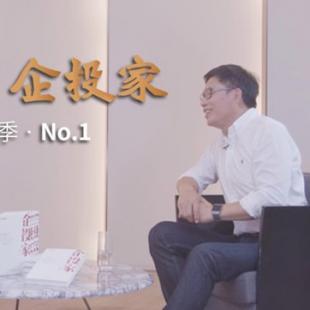 iAsk : You Sold Robust to Become an Investor?

Letting go of something, no matter big or small, will bring you equal rewards; no trade-off, no gains.

Robust, a company brand that seems remote nowadays, created a business miracle 20 years ago. Yet, it was acquired by Danone at its prime time. Boquan He, Founder of Robust, chose to opt out upon acquisition, which turned out shocking to the market. He was once considered a loser outcompeted by capital conspiracy and a victim of foreign investors suppressing national brands.

At the age of 29, he started his own business. At 40, he "sold" Robust. In the eyes of outsiders, he was struck by capitalism like a sorrowful hero, opting out with regret, anger, and helplessness. After studying at Harvard for a year as a visiting scholar, Boquan He went back to China secretly and founded Invest Today. At that time, few people noticed him. But when he and Nanyan Zheng, investor and Founder of 7 Days Inn respectively, rang the bell together at NYSE and made the company go public, people realized that Boquan He is back into business.

The period between 1992 to 2000 was the most intense eight years of competition between Robust and Wahaha. In the face of the rise of Wahaha, Robust was no longer the absolute hegemon of lactic acid drinks. Distressed from Qinghou Zong’s aggressive moves, Boquan He began to look for help.

What was confusing was that, Robust, which introduced foreign capital four years later than Wahaha, handed over 92% of the shares to the French Danone in 2000, along with Boquan He’s power.

On November 30, 2001, “Robust” held a special meeting. On behalf of Danone’s headquarters, Peng Qin announced that Danone accepted the resignation decision of five founders of Robust including Boquan He. The audience suddenly fell into chaotic discussions. Boquan He stepped onto the stage, trying to explain the reasons for resignation in a calm manner: "There has been severe divergence between us and the controlling party Danone, regarding Robust's future development." He started whimpering even before finishing the sentence. "Starting from tomorrow, I will disappear. Leaving like this is for the best."

Before "selling" Robust, Boquan He had played a psychological game called "Sunken Ship". He was lying on the ground in a completely dark environment. The mentor said: “Boquan He, imagine that you are dead and have been put in a coffin.” "Boom", the "coffin" was closed; he heard the sound of dirt falling. "During the first three years of founding Robust, I had nothing – no money, no market, but I was very passionate, not intimidated by any difficulty. But after three to five years, I got a little tired; after seven to ten years, I asked myself why is it like this every day?"

iAsk Boquan He: How hard is it to sell a beloved company?

Boquan He: At the beginning of the establishment of Robust, We had nothing – no talent, no money, no market, no branding. But we were very happy and passionate. However, after five or seven years, I felt a little bored. After seven or ten years, it was purely driven by a sense of responsibility, with no passion at all.

Many people say that Robust is your son, don’t sell it. In my opinion, the company can't be your own son. It's too miserable. I think of it as a product, just like water. If I produce a bottle of water and have feelings towards it, do you think I should sell it at 1 cent? I definitely won’t, right? Are you kidding me? You want to buy a bottle of water from me for a cent. But what about 1 yuan? 1.5 yuan? Then I would sell it.

But many entrepreneurs refuse to sell their business because they think it’s their son. Right, people wouldn’t sell their real son at any price. But what if it’s a business? If you don’t want to sell it at 1 million yuan, what about 100 million, 1 billion, 10 billion, 100 billion? There will always be a price point where you’re willing to sell. At least 90% of entrepreneurs are willing to sell at a certain price that they think is fair and reasonable.

iAsk Boquan He: what did you lose from selling Robust?

Boquan He: For Robust, at least it has harvested some gains. Nowadays, when I talk to the original Robust employees, I feel like they have leveled up a lot, transitioning from a township enterprise employee to a Fortune 500 employee. At Robust, they can learn a lot systematically, which increases their value as well.

Personally, I prefer to have peace of mind, be happy, and free to do what I want to do. Even when I get down to business, I don’t feel stressed out anymore; I can stay relaxed and handle situations. Therefore, I think quality matters, meaning that both life and work quality need some space.

After handing over Robust which he had worked for 12 years, Boquan He seemed to disappear with the name of “Sorrowful Hero”. When he returned to public sights again, he became an investor rather than an entrepreneur under the spotlight of the global capital market – the New York Stock Exchange (NYSE).

In 2009, the 7 Days Inn went public in the US. Boquan He attended the opening bell-ringing ceremony as an investor and Co-Chairman of the Board. He did not let go of the market-opening switch for 15 seconds after turning it on at the ceremony.

At this point, people realized that Boquan He founded Invest Today as early as 2003, and invested in more than ten companies including Jiujiuya Duck Neck King, HEYTEA, iKang and Noah Fortune, with incredible investment returns.

He let go of the identity of Founder of Robust as well as the opportunity to become the richest man in China. We would never know what was in his mind during the 15 seconds of holding the switch. But looking back, what Boquan He aimed to do is crystal clear.

iAsk Boquan He: How to stay devoted to investing?

Boquan He: Firstly, I always invest at very early stages. Secondly, I don’t invest with a large amount. For early-stage investments, I invest in a vast quantity of projects with minimum amount. Thirdly, I never conduct due diligence. I didn’t have any due diligence team either. I usually just casually chat with them. Fourthly, despite that other people judge my “captain’s calls”, I would invest as long as I enjoy the conversation. It might be different from regular investment patterns, but I firmly stick to one principle that I need to stay within the sectors that I’m familiar with.

I think we still need to hold onto our strength. It’s indeed true that people have extremely limited knowledge, but it can be vast enough if you can occupy some area in this world. So why not focus on digging deeper instead of expanding wider? If you keep expanding, you might not even gather water on the surface but create a desert. You might as well dig the well deeper.

Moreover, you really need to be patient, or else there’s no chance for you to make a fortune. Everyone can see the market opportunity and stares closely at it, yearning to make money, but why can you succeed? If you stick to it, there’s still plenty of opportunities to make money.

So far, one of my most proud investment projects is Noah Fortune, generating around 3,000-4,000 times of return.

China's commercial civilization is rapidly evolving from the era of industrial commerce to industrial and financing commerce. An entrepreneur without capital awareness and skills is unqualified and cannot survive the competition of the new era.

We have witnessed the appearance of a new type of business person, called “entrepreneurial investors”, with a distinctive amphibious features of entrepreneurs and investors. The entrepreneur character is fond of the real economy, which progresses and develops sustainably; the investor character is dedicated to the “irrational and prosperous” capital market to create more value to their wealth via investment activities.

Their way of being represents the trend of the future and the new charm in business.

iAsk Boquan He: What is the key to success of the two-stage theory in terms of running a business and making investments?

Boquan He: Is running a business while conducting investment the best option? I’m not sure about that. Based on my own experience, I hope that there should be a boundary to define them. Business is business; investment is investment. Yet, it can be a continuous process, a process of stages, or a simultaneous process. Take myself as an example. If I had continued running Robust, I wouldn’t have succeeded in investing, because Robust was all I had. In terms of reputation, social standing and wealth, Robust brought me all of those. So most of my energy would be dedicated toward Robust. As for other projects, I would just pay some attention.

For me, I stopped running the business. Then I took advantage of the experience I gained from the business, the wealth I accumulated from it and the network I established through it, and learned to invest. Afterwards, I found my own investment style. From thirty to forty, I founded Robust. From forty to fifty, I focused on investing. After fifty, I became more devoted to charity work, my life and my hobbies for the most part.

Lifetime of several decades is precious. It will benefit us more if we experience more. How do we gain more experience? Life is not a mere straight line or a continuous straight line. It should be a wave of progression. Any undertaking might not get better and better as you expect it to be or maintain optimal forever. But I think the concept or the positioning of entrepreneurial investors is correct.