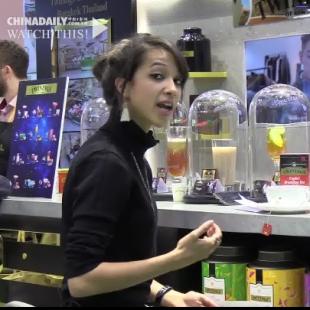 As China’s living standards have continued to improve, the demand for imported food has also grown in popularity. The country’s total food imports grew by an average of 5.7% per year over the past five years.

While the boom of e-commerce throughout China has also provided new avenues for foreign companies to gain favour with Chinese consumers, here at the CIIE, two large halls are filled with products from countries all over the world, displaying the expansion of China’s trade strategies and consumption.

The CIIE is providing a platform for commodities to be discovered, where participating countries proudly showcase some already beloved, staple products as well as introducing new ones.

Concerns about food sources are also beginning to shape import demands. Lantmannen is a Swedish company with a farm-based focus, run by farmers and ensuring maximum environmental sustainability possible through production, a growing concern for a new generation of consumers.

And as attitudes towards food production have changed, so have certain tastes. Overseas wineries from Spain, Australia, France and Azerbaijan are increasingly permeating the wine market and gaining popularity throughout China.