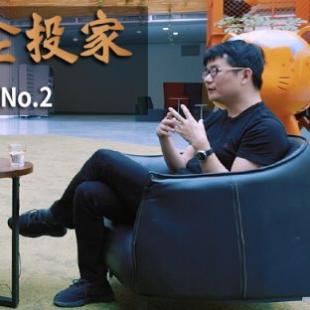 Ask : Who was trying to “hunt you down” this year?

Cheetahs are the fastest land animals on earth with an average speed of 115 km/h. When hunting, they can even reach a speed of 120 km/h. They are naturally vigilant. Even when they are resting, they get up every 6 minutes to watch their surroundings. When their lives are threatened by the big cats like lions, they discard their cubs to survive. Therefore, cheetah cubs have a high death rate of 77%.

Due to natural selection, the adult cheetahs are extremely adaptive. They are swift and they rarely haunt in the same places. Once they lay their eyes on a new prey, they strike at full speed, regardless of the low success rate of one-sixth. Underneath the tranquility, the African Savannah is an incessant battlefield. The evolution of cheetahs is an evolution of sacrifice and abandonment, a story of migration and endeavor, all at a speed of 115 km/h, without the slightest hesitation.

Fu Sheng really admires cheetahs for their swift movements, rapid attacks, and the decisiveness to give things up. Therefore, he named his company Cheetah Mobile and embeds cheetahs’ genes into every strategic move of the company. In its 8 years of history, Cheetah Mobile pivoted three times, from PC to mobile internet, from China to overseas, from tools to content creation to “All in” on AI.

In 2013, Fu Sheng sensed that China’s internet market was getting saturated. Unwilling to be a follower, Fu Sheng decided to start over by entering the overseas markets and gave up the current business in China. Leveraging the high traffic flows through advertising platforms such as Google or Facebook, Cheetah’s first product, Clean Master was earning up to 600 thousand dollars per day, and the earnings kept increasing.

On May 8th, 2014, the four-year-old company with only one year of overseas experience went on IPO (NYSE: CMCM). However, the traffic gained through online advertising was not sustainable. In 2015, Facebook and Google changed their advertising strategy, and subsequently, Cheetah’s income kept decreasing at a scale of 100 thousand dollars per day. Starting from Q2 2016, the share price of Cheetah’s began to fall. At the worst times, its share price slumped more than 30% within 3 days. Fu Sheng even checked the ranking for the biggest loss of all overseas-listed Chinese firms, on which Cheetah Mobile ranked No.2.

In H1 2017, Cheetah occupied 3 out of 5 spots on App store for the best free Chinese games. Its lite game strategy has gradually formed its shape, generating more than 50 million profit.

As an independent firm incubated by Cheetah, Live.me was ranked the best US social media app on Google Play store all year long.

“Cheetah Convenience”, a self-serviced shelf project which was launched less than 3 months ago has already ranked top 3 in the Beijing market.

iAsk with Fu Sheng: How to balance between staying focused and catching new opportunities?

Fu Sheng: If you ride the trend of this era, you need a broader mission statement, so you can adapt to the changes of this era. For instance, The mission and vision of Amazon.com is:

"Our vision is to be earth's most customer-centric company."

Gloria Ai: I really like the word “useful”, but it is also a difficult word to achieve. Everyone wants to do something useful, and make some products that are useful. Right now, especially in the internet market, there is a trend to follow whatever that is trendy right now. Is this also your train of thoughts?

Fu Sheng: Not entirely. If you really want to do something, of course, you need to think about what is popular right now, or to analyze different industries. If you just follow whatever is trendy, you definitely do not have enough resources to achieve the goals. You need to combine your specialties, and also look for whatever is popular or will be popular.

Gloria Ai: You talked about not having enough resources. I have also met many robotics companies, who spent many years in R&D on algorithms, data, software,  and hardware etc. Either it is an integration of many things and needs a long time for R&D, or it only focuses on one direction. However you seem to come out of nowhere, and starting from last year, you released robots and wanted to make useful robots.

Fu Sheng: In this era, you need to find a balance between staying focused and seizing opportunities. Many firms are too focused and therefore lost their sensitivities about changes of the era, such as Nokia, among others. However, there are other firms that are doing too much, and therefore cannot really unleash their true abilities, or they over-expand, such as le.com. I think it is really hard to find a balance in between.

I have also thought a lot about this. Cheetah Mobile is right in the middle. It has more resources than a normal startup, but fewer resources comparing with the giants. So when you have some resources, you will more or less exchange the resources for some opportunity costs, but you also need to stay focused. Therefore, what we did back then was to do R&D ourselves, but also to invest and find partners to collaborate.

“The world is changing so fast. People grow up differently with different backgrounds. I am not able to fully understand the young people, however, I also want to take part in this new era. Therefore, I choose to see this world together with them.” Although Cheetah has completed the global product lineup, it is still hungry for new opportunities.

In 2017, Fu Sheng announced that the company would go “all-in” on AI. As a product manager, Fu Sheng has his regrets: “I wanted to define products, just as how Apple smartphone, Tesla defined electric cars. But I missed my chances for those.” However, artificial intelligence is a brand-new opportunity, it will rule the world in the future. To fight for this war, Fu Sheng gave up Cheetah’s existing business without hesitation, so he can gather resources again to find the silver bullets to wrestle with the giants.

The second half of the game for the internet companies is all about the survival of the fittest in natural selection. People fear about not making improvements like never before. Everyone wants to be interdisciplinary to integrate and exceed one’s circle of competence.

“The biggest learning I have with Cheetah is to understand the meaning of ‘evolution’.” Fu Sheng once said that during a conversation with Zhang Ying. “You cannot avoid something from happening, or you cannot just do one thing well, and expect other things to be better. Sometimes, the previous experiences are obstacles for future developments. It is important to learn to quickly clear out the memory and restart, and then look for the next territory to conquer.”

iAsk Media with Fu Sheng: How does a company iterate and upgrade itself?

Fu Sheng: The past year was actually the year which I experienced the most changes. My whole worldview was renewed. But what doesn't kill you makes you stronger – this sentence is a true portrait of my mindset.

Gloria Ai: In the past year, who wanted to kill you (your company)?

Fu Sheng: The way this era changes can cause you a sudden death. There is a book called “Good to Great: Why Some Companies Make the Leap...and Others Don't”. However, people later found out that, those so-called great companies also died out after a few years. When you look at it rationally, it is like a colossal asteroid strike or the extinction of dinosaurs, which are deemed to happen.

Gloria Ai: Just like Nokia, maybe the saddest thing was that it was too great so it became complacent and stopped innovating.

A year ago, a famous financial writer Wu Xiaobo defined the notion of “Entrepreneur-turned-investor”. He said, in the past 20 years, Entrepreneur-turned-investor are the single greatest group of successful people around the globe, and they are also the ones worth the most attention. Jack Ma, Masayoshi Son, Liu Chuanzhi, and Elon Mask all belong to this group. They redefined the mission of entrepreneurs in this era.

The business culture of China is transforming from an era of production and industry to an era of a combination between industry and finance. An entrepreneur who does not understand capital or how to leverage capital is an unqualified entrepreneur, and can also not adapt to the competitive environment of the new era.

We see the emergence of a new species called “entrepreneur-turned-investor”. This species is clearly amphibious,  an integration of both entrepreneurs and investors. On the one hand, it loves the real industry and keeps the real industry iterating and growing. On the other hand, it resides in the capital market, the ‘irrational exuberance' to maximize its wealth.

Their way of existence is a predictor of the future and also signals the beauty of doing business.

iAsk Media with Fu Sheng: Should all entrepreneurs become investors?

Fu Sheng: Most of the entrepreneurs I met are like that, because this is a society with fast integration and changes. This might be different from the past thousands of years. In the past, there used to be craftsmanship, which is about doing one thing really well. The difference in profession makes one feel worlds apart.

However nowadays, the sectors are merging quickly together. Some say the entity that makes the broadcasting station bankrupt is Didi. So you see that the industries are changing in a completely different way. I think it is important today to keep watching different industries and observe the changes in the whole industry on a higher level. I think the requirements today for entrepreneurs are actually the same. This is a very common or a rather regular phenomenon.

Gloria Ai: Entrepreneurs and investors, there are contradictions between them, but at the same time, they harmonize with each other. What do you think is the single most important thing for a good entrepreneur? And what are the characteristics of an investor?

Fu Sheng: I think in its core, there is no big difference. Also, you see, nowadays the firms are investing a lot, and the institutional investors are getting more entrepreneurial. These are all very normal. As you see, Warrant Buffet is very good at investing. His core thesis is to find good firms and buy them, and then operate them well. Hillhouse Capital bought Belle, this was an investment. Zhang Ying not only invested but also founded a company - Latitude and Longitude Travel. He also managed the Venture Capital part of Matrix Partners like an enterprise, with its own public relations department, WeChat public account and media channels. If you look at Tencent, it has probably invested more than conventional VCs.

Therefore, I think the boundary of the two is blurring, the most common thing among them is actually about trend prediction of the whole industry. Actually, this is how everyone earns a profit. You talk about what you have created. This is a delusion. The so-called things that you created, are created because this era needs them, and you realized it. If you did not realize it, someone else would. The perks of entrepreneurs are that they push hard to realize them a few years earlier. However, it will be realized sooner or later, so that is the true unity between the two.