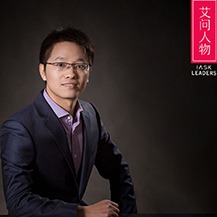 As Yuanpu Huang put it, when entrepreneurs reach a certain level, wealth would not be the only pursuit. A large number of entrepreneurs would want medals and social recognition. The intention of founding Yiou was to step out and gain publicity.

In 2014, Yuanpu Huang founded Yiou. Many people asked him, “Rumor has it that plenty of O2O businesses have failed. How is your business still up and running?”

In 2018, Yiou obtained a B-round financing of RMB 64 million yuan. Many people asked him, "How did you manage to keep expanding during the downturn of the capital market?"

Yuanpu Huang responded that Yiou Company carries his pursuits of promoting social fairness and enhancing people's well-being. If the company does not create social value, he will regret for a whole life; if the company has merely social value but no commercial value, it will not last long.

Back to 2014, 29-year-old Yuanpu Huang failed at an attempt to start his own business. Later on, he pursued a master’s degree. Before he founded Yiou, he stayed in the US for a month but wanted to leave afterwards.

What did restless Yuanpu Huang want? Why was entrepreneurship the only way to go?

Gloria Ai: I believe that every greatness has a brave start. Yuanpu Huang and his team share the same wishes and pursuits. When you founded Yiou in 2014, you only had a few internship experiences and a failed startup attempt on your resume. Why did you feel confident that creating an industry service platform should be the right thing to do?

Yuanpu Huang: Before we founded Yiou, we actually had not successfully started any business. To manage Yiou’s team, one shortcoming of me and my partner Bin Wang was that we had not led a big team before. The largest team we had led was composed of only a few people. So when Yiou expanded into a team of nearly 160 people, we were confronted with a lot of problems.

I learned a few things about entrepreneurship. Firstly, the first time I started my business, I partnered with my classmates. We both majored in International Relations and were not complementary. On my second try, for example, Bin Wang majored in technology; I studied International Relations; he is a northerner; me, a southerner; he is extroverted; I am an introvert. We are particularly different and thus complementary.

Secondly, what if we are inexperienced? Is it possible to enhance the information transparency within the organization? If our management ability is yet to improve, we should empower more people to feel involved in leading this company, which can make up for our shortcomings.

Bin Wang and I reached a consensus that we need to restrain our own greed. What differentiates Yiou from other companies is that neither of us manages the company’s finance or has access to the company’s capital. Suppose that when the company achieves a certain scale, the subordinates cannot be expected to behave well if the higher-ups do not set a good example. Therefore, our plan was to disclose the corporate accounting to partner teams when we started to obtain funding.

Gloria Ai: What’s your ultimate goal of founding Yiou? Is it out of curiosity, for reputation or for profit?

Yuanpu Huang: My initial motivation of entrepreneurship may be the same as that of many Hunan people. Hunan people share the same personality where they prefer to be the head of a dog than the tail of a lion. I was like that at first. I may not be a good employee because I am introverted; Secondly, I am tough, but not sensible or flexible enough. At the beginning, I was trying to prove my capability rather than to save the world. When we actually gained power and influence, we started pondering if we could strengthen both the commercial and social value of the company.

Back in 2015 when we revisited the mission of the company, we envisioned that it could facilitate the development across various countries, groups of people and industries to promote equality. We expected more people to benefit from technology popularization via technological commerce. This was the mission we envisioned for Yiou after 2015.

Gloria Ai: You specified the positioning of Yiou into three stages. The first stage is content plus activities; the second stage, product plus data; and the third stage, talent plus capital. At what stage is Yiou currently at?

Yuanpu Huang: Basically at the second stage, but frankly speaking, we’re not doing so well at this stage. We planned to kickstart the third stage in three years, but we’ve actually made some efforts on talent and capital. Overall, we’re still at the second stage.

Gloria Ai: Why did you commit Yiou to such a path?

Yuanpu Huang: Although this path was set by us, we did modify it in practice. It’s not to prove how visionary we were. Looking back, we might have been right. However, we felt first-hand how difficult it has been along the journey, instead of how right we were. Working on industrial innovation is hard. Moreover, it is not necessarily a better choice than making entrepreneurial investments. It’s just that we’ve learned how to deal with it more candidly to this date.

Gloria Ai: In the past 4 to 5 years, we have assisted many founders in IP. We’ve seen a lot of rises, which means we’ve witnessed numerous failures. Take the segment of the venture capital media as an example. There are too many failures, but Yuanpu Huang and his Yiou team are persistent, striving, expanding, and growing. How did you rise from failures? How to make sure to stay far away from failures?

Yuanpu Huang: First of all, no one can guarantee this. We often disclose the crisis of the company to everyone. In fact, most grassroots colleagues want to see you envision and make the right decisions all along, but it is not the case in reality.

Company founders or executives all make mistakes, but I think we can face this matter more calmly. We always frankly tell our Yiou team that we might shut down tomorrow, or that we might encounter some obstacles next. No company can always share good news.

Stay curious about the world

Yuanpu Huang has kept an idea in mind. "You can't stay in one place all the time. That would make you dumb." His plan was to stay in Shanghai for a year. If business in Shanghai went well, he would move to Shenzhen and some other cities in the future.

Gloria Ai: What are you looking for?

Yuanpu Huang: I am thinking about the difference between the age of 3 and 30. What I am most afraid of is that one day I would become unwilling to face uncertainties or to expose myself to new things, given that I was very curious about the world when I was a kid. My son is almost three years old. He asks various questions every day and is always curious about the world. But at my age, I start to get too used to how the world works as if it should. Therefore, I will be very concerned of staying in one place, one area or one field for too long.

Why would I do that? If I were not able to adjust to the life from south to north, from Beijing to Shanghai and then to Shenzhen, how would I be able to establish connections with the people we recruit from diverse cultural backgrounds, such as from America, India, Southeast Asia, etc. That’s my motivation for the most part.

Gloria Ai: If you were to foresee the coming decade, where do you see yourself position at? What would Yiou be doing?

Yuanpu Huang: From the company's point of view, there is no fixed image. For many great companies, what they did initially differs from what they’re doing now. From my personal perspective, I hope that in ten years, I am still willing to work for the same cause.