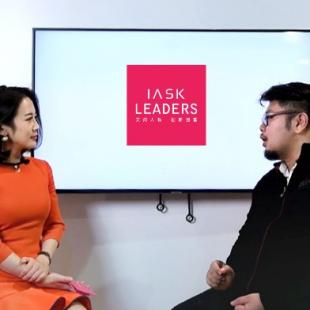 Bicheng Han: I am going to create 30 million "Iron Men" in China

Abstract: Do you believe that he can "change the world"?

"Believe it or not, I can change the world." – Bicheng Han

About 1.5 million to 2.5 million years ago, a group of Australopithecus on the east coast of Africa evolved into homo habilis, marking the start of the Paleolithic era. Homo habilis refers to the most ancient humo genus who were capable of making tools, initiating the earliest “technological revolution” of human history. It assisted the mankind in defeating all other creatures and becoming the ruler of the planet. The world was hence "overturned."

During the long history of mankind, technological revolutions have brought about tools evolution. The Manhattan Project, Apollo Program and Human Genome Project are the three science milestones engraved in human history.

Six years ago, a new international research program, the White House BRAIN Initiative, was launched in the United States. The US government invested an average of $4 billion per year to support the project. Subsequently, the EU, Japan and other regions and countries have also launched brain research initiatives; in August 2016, the Chinese government listed brain science and brain-like research as national major science and technology projects in the 13th Five-Year Plan.

At CES2019, talents and elites of the tech industry gathered in crowds with ambitions respectively. Right here, iAsk Founder Gloria Ai talked to Bicheng Han, Doctor of the Center for Brain Science at Harvard University and Lecturer of the course Neural Control of Movement, to explore the puzzles of the human brain. The travel-stained scientist is also Founder of the brain-machine interface company BrainCo and the new brain-controlled prosthetic company BrainRobotics.

What is the brain-machine interface?

Although the technology of brain-machine interface (BMI) has a history of nearly a century, it is undeniable that humans still know little about the brain. The research of this technology is still in its infancy, thus the field of application is limited.

Bicheng Han once taught a course called "BE130" at Harvard, i.e. brain control instrument. At first, barely anyone signed up for the class because students had no idea what this course was about, until he advertised that “there’s a technology that enables girls to understand the minds of their boyfriends”. The course suddenly became popular.

Can brain-machine interface engineering really enable us to learn more about the brain? How will Bicheng Han and BrainCo make breakthroughs?

BrainCo is the world's leading brain-machine interface company with one of the world's most number of patents approved and in progress. By the end of 2018, BrainCo had been authorized and applied for nearly 100 patents.

Brain-machine interface, human enhancement, and brain architecture. Bicheng Han chose such a time-honored yet still mysterious brain science field as the starting point for research and entrepreneurship. This is also the first Chinese-led project incubated by Harvard in history. In June 2018, Bicheng Han delivered a public speech in a confident manner:

Gloria Ai: Can you explain in simple words what BrainCo means?

Bicheng Han: Yes, these are the two vital directions for the brain-machine interface.

Gloria Ai: If you were to introduce BrainCo to the camera, what would you say?

Bicheng Han: BrainCo is a company that studies the underlying technology of brain-machine interface. We are mainly engaged in developing two areas of products. The first one is for the education field, where the product enables students to quickly foster the habit of efficient learning and improve performance in a short period of time. The other product is to help about 30 million physically disabled people to return to normal life. In fact, many people acknowledge us as “Iron Man”. But in reality, what we do is create 30 million "Iron Men" in China.

Given the attention deficit disorder in 80% of the primary school students in China, BrainCo developed a headband named “Focus”, which comes in two versions, i.e. Focus 1 home version and Focus EDU school version. “Focus” can collect the brainwave signals of the wearer and convert these brainwave signals into attention index, tracking the learner's attention in real time. This is the world's first headband to monitor and improve attention. Users can nurture a good habit of maintaining concentration through 21 days of training.

So far, “Focus” has been put in practice in thousands of schools in China, the United States, Brazil, Spain, Mexico and other countries, helping more than 15,000 students improve attention.

"Another possibility of life"

As a creature at the top of the food chain, human beings are so different from other creatures in the world. This secret that differentiates mankind lies in in the most advanced organ that controls human behavior - the human brain. However, based on scientific research, the human brain has only developed less than 10%, with 90% of the potential inactivated. In the film Lucy, the brain potential of the heroine was developed to 100% for some reason, granting her the comparable abilities of Superman.

The magical power of the brain is that it seems to have absolute limits, yet it is actually full of infinite possibilities. It is deemed that by controlling the brain, you can control everything; changing the human brain will change the world.

There are still many unsolved problems in the mysterious field of brain science, and people are looking for better exploratory tools. BrainCo is dedicated to the development of technologies for the prevention, diagnosis, treatment of brain diseases and other major diseases, and aim to widely use the technologies in the fields of sleep management, smart living, rehabilitation of disabled people and so on. This is also the most socially concerned core issue – how to better mankind’s life quality.

Bicheng Han has been studying this for 10 years.

At CES2019, a smart prosthesis developed by the BrainCo team won the Best of Innovation Award.

Gloria Ai: I know the best news for BrainCo at CES2019 is that a prosthesis developed by your company won the CES2019 Innovation Award. Can you introduce this?

Bicheng Han: The traditional smart prosthesis can only either open up or stretch. Even such a prosthesis is priced at about USD $60,000, i.e. around RMB 500,000 yuan. Our prosthesis is a smart one that can be freely controlled under non-modal training status, and the price is 1/20 of the traditional, which is about USD $3,000, i.e. RMB 20,000 yuan. Therefore, this product has surpassed the performance of the world's three major prosthetic manufacturers this year and won the Best of Innovation Award at CES2019.

Gloria Ai: What kind of innovative technology can achieve commercial success, or can continue to grow? We noticed that the more it fits human nature, the better it makes the human life. Is my understanding correct that BrainCo mainly aims to help the disabled head towards a better life with prostheses?

Bicheng Han: As a matter of fact, what BrainCo does should be categorized into human enhancement. At the first stage, we help the disabled who need assistance, those who can't concentrate, people with autism, or those with ADHD return to normal life. Second of all, we equip ordinary people with enhanced abilities. For example, people can have better means of control, such as controlling some external devices through consciousness, or people can improve their concentration via training.

In particular, there are a total of 14 top brain-machine interface laboratories in the world and very few experts in this field. Therefore, in such a boutique field, it is not “money talks”, because “squandering money” does not necessarily lead to a real breakthrough. It depends on who is capable of gathering the top minds.

In this regard, Bicheng Han is full of confidence: "At BrainCo, we have at least 10 doctoral students who can be professors, but they gave up on it and joined BrainCo to work on the underlying technology. Among the 35 experts below 35 reviewed by MIT last year, we’re the only representative of the brain-machine interface nominated.

Before starting a business, Bicheng Han was first and foremost a scientist with ideals. This is the major identity in his self-recognition. Therefore, he does not "do business for the sake of it". The primary intention of the start was driven by ideals. He even shared to Gloria Ai that in the future, he will return to the scientific research field.

"I think the main focus of BrainCo must be on the R&D and facilitation of the technology of the brain-machine interface. So for me, I will never be a businessman. I will definitely find a better candidate to be the CEO or President of the company in the future. I may be a technology director of the company and lead our scientists to stride forward." Bicheng Han spoke in a determined tone with sincere looks.

Gloria Ai: Some people start their own business for business success, and some people yearn to change the world. What are you aiming for?

Bicheng Han: Actually, for BrainCo, we still believe that this field will exert a major impact on the restructuring of the world. For example, we have a slogan that goes “Another possibility of life”. Just like for the disabled, they can have a better life like ordinary people and return to normal daily routines.

I believe that in ten years, my team and I will become the inventors of some core technologies and breakthroughs in the brain-machine interface. We will invent the technologies of using consciousness to control external devices and enable the disabled to return to normal life. If all goes well, BrainCo will become a company like Google and Facebook, because it will open up a whole new field.

Do you believe that he can "change the world"?