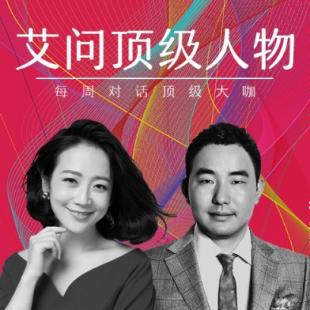 In the Poetic Oriental Beauty located at the central area of Changsha, I was wearing an ancient luxurious costume, the set of Mrs Imperial Mandate in the TV drama The Story Of MingLan. The makeup was ceremonious, the attire was ornate, and the headwear was glorious and magnificent. The sense of ritual and time-travel was welling up in my heart. With the costume as the medium, I had a mental talk with the profound history and the protagonist. What an immersive experience.

The person who recommended this costume is the founder of Poetic Oriental Beauty, Yang Jian.

A Practitioner of Commercial Aesthetics

Yang Jian opened up the first chinoiserie photography shop in Changsha in 2003. After 16 years, Changsha is still advancing triumphantly in the industry of entertainment. Little chips light great fires; Poetic Oriental Beauty has become a legend in the photography industry.

This powerful business empire was born out of a studio with a strong traditional touch. With keen insight into China's consumer culture, consumption trends, class evolution, and new aesthetic thinking, it enjoyed triumphant victory in the first half of the era of the internet. And it is still like a duck to water in the second half. Forming a large chinoiserie cultural industry group with artistic experience integrating photography service, costume design, product production, and cultural communication, realizing the perfect combination of modern commerce and the Chinese traditional culture.

As the size of the photography industry grows more abundant, it becomes more heterogeneous and ecologically diverse. First of all, the popularization of photography. The rise of all kinds of beauty applications and popular photography software has pulled down the superior reproduction from the altar, expedited colourful and lively life shows, dazzling the audience and pushing up the commercial value. Secondly, centralization of professional photography resources. By creating online and offline platforms, professional freelancing photographers can be centralized to realize the seamless connection between the aesthetic value expressed by individual photographers and the business.

Absorbed in the industry, however, Yang Jian chose a “cumbersome” way to operate. Different from the new business trend that I came into contact with and invested in when I was an investor, Poetic Oriental Beauty has opened up a crowd of physical stores. The business model is more traditional and lacks asset-light flexibility.

"Among today's internet products, the largest concerns are competitors, imitators and moats. If we look at the 224 stores from another perspective, does it mean we have built a substantial moat? Although it seems stupid to have every store designed and decorated, including building the scenes, having 200 good locations, good cities and good addresses are smart. Because our moats are higher.”

Poetic Oriental Beauty has another layer of the moat. Because of the costumes with IP and photography authorization, the company can seize the market preemptively, which is one of the critical weights to strengthen the moat.

With years of experience in ancient costume photography, Poetic Oriental Beauty has gained the natural advantages of costumes with IP and photography authorization. And it owns the official approval of several TV series like Story of Yanxi Palace, The Story Of MingLan, Eternal Love、Ten great III of peach blossom, Legend Of Fu Yao, The Knight of Shadows: Between Yin and Yang, and Tribes and Empires:Storm of Prophecy, satisfying the craving of consumers to role play the leading female characters. It also customizes photos for Ann (An Yixuan), Cristy (Guo Xiaoting), Ma Mengwei and many other famous movie stars to effectively drive up the fan economy, reaping the bonus of celebrities with a huge fan base.

The photography industry is extremely rigescent in traditional thinking. The new operating model created by Yang has not only overturned the cognition of the industry, but also gained public praise and capital favour. This embodies the wisdom of heavy asset management. At the end of 2018, Poetic Oriental Beauty, with its swift strides, obtained nearly 100 million yuan in Round C financing, realizing hundreds of millions financing cumulatively. Investors said that they are firmly optimistic about original Chinese companies like Poetic Oriental Beauty.

The so-called legend of success has a universal and straightforward lustre. What entrepreneurs consider to be the silver bullet is just the common market sense repeated over and over by economists. To describe the avenue to success, Yang only had one word, good.

Gloria Ai: The business world is changing rapidly. As long as there is a market, there will be competition, especially in the era of internet technology. The leading player doesn't have to be defeated by the runner-up. A destructive and innovative business model might defeat it, or having industry outsiders engulf its market share. So do you long for competition or are you afraid of it?

Yang Jian: We have an obligation to cultivate our competitors. Because what the industry needs is to have more players in it. I set a goal for my team 10 years ago: to let every woman in China have a set of chinoiserie artistic photo. To realize this goal, we need more people to participate in the process, to engage in this industry.

iAsk-media checked the relevant data and found that , the number of people interested in chinoiserie has increased by more than 20 times from 2012 to 2017.

An internal report of Poetic Oriental Beauty shows that the number of people taking archaistic photos has expanded from tens of thousands in 2003 to several million.

The first-class Craftsman Must Have First-class Disposition

China is the oldest "country of craftsmen" with a long history of craftsmanship spirit. With the decline of Chinese manufacturing, craftsman culture gradually comes to itself and entrepreneurs are encouraged to be a man of his hands. Craftsmanship has also become one of the cores of entrepreneurship, namely, making perfection more perfect, focus, accuracy, and commitment to excellence.

As a craftsman of the new generation, Yang Jian does not only need to make products to perfection (craftsmanship), but also have outstanding business acumen (tool of the craftsman). Only those who have both are most likely to be the favourite to travel through history.

“I have gained insight into a real human need, which is self-expression and self-actualization. When you enter our shops, you will find every customer is happy to interact and delightful. When we enter the room, they will all behave in a more ceremonial way, more earnest, and more charming.” Said Yang Jian.

To ensure originality and sustainability, Yang set up a research and development team in 2006 to develop products. He demanded that "from the figure, the headwear, the costumes, to the background, a photo must look like an artwork created by a painter, beautiful and full of artistic conception.”

To this end, Yang Jian hired Ye Jintian , the greatest artist in the field of new oriental aesthetics, winner of Oscar Best Set Decoration, art director of a number of film and television works like Crouching Tiger, Hidden Dragon, The Battle of Red Cliff, The Banquet, and Nothing Gold Can Stay, as the Art Director of the company. “Shooting the ancient costume photos by the way of shooting a film.” At present, the original themes developed by the company have reached more than 1500 sets.

During the dialogue, it came as a surprise to me that Yang is rather familiar with the details of each work, from the preliminary costume design, scene construction, to the replication and promotion of cultural creativity, the presentation of photos, and production process. He always strives for perfection and is super engaged. “Only good products can really impress customers, especially now the speed of information is much faster, and information gets more and more symmetric. Customers are sensitive to the quality of the product. So it makes sense to focus on the product.” Said Yang.

The presentation of superior products is inseparable from the support of new technologies. The aesthetic chinoiserie of Poetic Oriental Beauty is also the result of the rapid development of digital technology. A product could look completely different with or without digital technology. Establishing Poetic Oriental Beauty in 2003, Yangjian accurately grasped the timing as the digital camera was invented in 2004. Digital technology enables background printing, scene restoration, and the use of zero diopters. Yang’s Chinese style gradually established a foothold in the photography market.

Poetic Oriental Beauty today is more like a museum that spans thousands of years. People can immerse into the classical beauty of culture.

The flourish of business is precise because of the consensus on the logic of the market among entrepreneurs. They make a great coup, because they have never or rarely lost the common sense of the market. The one who holds out until the last is the King!

Yang Jian: Besides Chinese-style contents and the development of digital photography technology, I think our understanding of customer needs is another crucial factor.

Gloria Ai: Preserve the heart with skills. Is this the craftsmanship?

Yang Jian: When you are dedicated to one thing, you will forget everything else and immerse in it. This is an enjoyable process. It makes people happy.