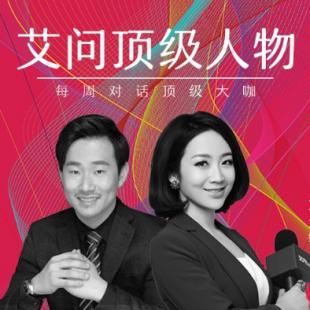 Should startups make money in a haste? | iAsk Top Leaders

In 2012, Ming Jin participated in the New Venture Competition held by Harvard University with his entrepreneurial project “Venvy”, aiming at creating a new business model for entertainment videos and solving the pain points of user experience. Back then, the online video industry in China was dominated by pre-movie advertising. In that year, the scale of pre-movie advertising for UGC videos reached RMB 550 million yuan. With this project, Ming Jin obtained the investment from Veritas Venture Fund and started his own business. That was seven years ago, when he was 19.

In 2019, Video++, founded by Ming Jin, was nominated as the TOP10 of the Best Artificial Intelligence Company of the year. He himself was awarded the "Person of the Year" by NBI Awards in 2018.

He is a young entrepreneur, passionate and fearless; he is also a CEO who manages a team of over 200 people, cautiously and anxiously. Two seemingly contradictory states exist in a 26-year-old entrepreneur. iAsk Ming Jin – let's explore the outlook of a post-90s on entrepreneurship.

Should startups make money in a haste?

In July 2018, Pinduoduo went public in the US with a "burden" of RMB 1.3 billion yuan losses. In April this year, based on the financial statement published by Pinduoduo, the net loss attributable to shareholders reached as high as RMB 10.2 billion yuan.

A week earlier, Luckin Coffee, which was established only 18 months ago, also became listed with haste in the US. Behind the valuation of over USD 4 billion was a huge net loss of RMB 1.6 billion yuan in 2018.

Regarding whether startups should make a fortune in a haste, Xiaoping Xu and Hongyi Zhou once had an argument:

Xiaoping Xu: First of all, you can only earn money if you yearn to make money. Those who don't desire definitely cannot make a fortune. In fact, in the era of entrepreneurship, the so-called "start a business" must first create wealth.

Hongyi Zhou: In the early stages of entrepreneurship, many people wish to make money, but they fail to. I think it's alright, because lots of companies find their ways to earn money as they run the business.

Money-making was repeatedly mentioned by Ming Jin during the interview. He said that there is nothing to be proud of running a company with losses. The financing environment has undergone major changes in the past decade. There have been more channels to raise funds for entrepreneurs, who can continuously sustain their businesses with capital. However, back in the times of older generations, it was seriously a battlefield for business. You must need a revenue generator.

Fortunately for Ming Jin, investors such as Alibaba, Yunfeng Capital, and UBTECH provided financial support for the company out of trust during the first few years. Seed funding, angel investing, Series A, B, C…… The rate of financing becomes increasingly faster at a growing scale.

Video++ did not disappoint the investors. In December last year, Video++’s monthly revenue exceeded RMB 100 million yuan. According to the company's Co-Founder Huizhi Dong, the company has made some profits in 2018.

Ming Jin once mentioned in his speech that 95% of the AI companies in China are suffering losses. To achieve profitability, even at a larger scale, you must follow three rules:

1) Enter a monetizable segment. Video++ is positioned in the entertainment industry and utilizes technology to bring about changes to the video advertising industry in the great entertainment era. To put it simply, Ming Jin did two things. Firstly, he takes advantage of the AI technology to identify the content shown in videos, i.e. faces, brands, locations, etc., and accurately hunts down possible marketable points (Currently, the overall accuracy of Video++'s full-sequence sampling-based face recognition algorithm reaches 99.9%). Secondly, based on completed recognition results, commercials are delivered automatically.

2) Adopt a platform-based pattern. In Ming Jin's viewpoint, in order to achieve scalable profits, a company needs to run its own platform. He mentioned that he desired to create a completely free open source operating system that incorporates a full set of mini programs and supports interactions, commercialization, advertising, e-commerce and more. "In fact, we have fully realized the goal today, and we are continuing to scale it. There are nearly four or five thousand AI companies in China. We're one of the few companies that make profits and achieve scalability."

3) Diversify business portfolios. After realizing the scalability of the AI advertising business, Video++ established an e-commerce platform and developed AI mini theaters, AI real-time video camera and so on.

Gloria Ai: Since the establishment of the business, what common sense of entrepreneurship do you think has helped you realize your achievements today?

Ming Jin: There're two aspects. Firstly, it's your core value, which determines what you would absolutely insist on. I majored in Mathematics and Computer Science, so I have always believed that technology innovation and advancement is the core driving force that can change the world in the future, whether it's in 10 or 20 years. Therefore, on the first aspect, we always persist in prioritizing technology. Secondly, you should always pay close attention to cash flow. Every penny spent on the company should be spent wisely and should take you one step closer to earning the penny back.

Since we didn't actually make a profit in the first three years of business, which was very embarrassing, it was even riskier when we invested a large amount of capital in technology back then. We survived the first few years with the support of investments. I have to say that I am lucky, but there may not be many entrepreneurs who are so lucky that they can keep running their companies without making profits for three years.

Is youth an advantage or obstacle for entrepreneurship?

During the past six years, Ming Jin felt fortunate that he embarked on the journey of entrepreneurship very early on. "Looking back, even though nowadays we witness the market potential and value, if time went backwards to six years ago, I might not be willing to start the business, because only after experiencing did I realize that there're so many more obstacles for entrepreneurship than I expected. Thus, I think people should start when they're less experienced."

Nevertheless, Ming Jin never thought about giving up. Just as Jack Ma talked about building Alibaba into a company with 102 years of history, Video++ upholds a similar vision – to thrive for 100 years. Ming Jin said to iAsk (iask-media.com), "There're such good opportunities and countless people who support and trust us nowadays, thus I'm not planning to give up. This is something that we're dedicated to, passionate about, and determined to do well."

Despite of passion, young entrepreneurs are more likely to be questioned. Being less matured, the complicated business environment and overall incompetency are all challenges to them. Ming Jin admitted that during the journey of entrepreneurship, "youth" is a double-edged sword that has its advantages and disadvantages. He mentioned that he also made some common mistakes like other young entrepreneurs in early stages by "packaging" their products so that more people would use them. However, soon he realized that the underlying foundation for a business is the technology, product and service. Only by getting rid of the fetters of fame can one concentrate on sharpening techniques. In the past two years, Ming Jin rarely accepted interview invites from media. He didn't aspire to attract too much attention from the market. Instead, he did his utmost to focus solely on building the company.

Keep a low profile. Excellence comes from diligence. Since 2018, Video++ has begun to soar.

Gloria Ai: Entrepreneurship requires a lot of imagination or beliefs in something impossible. How were you certain that what you believed in was right and the direction you were marching toward was correct?

Ming Jin: This has been discussed internally at Hupan University. There are a good number of outstanding entrepreneurs at Hupan, who might be industry leaders in their respective fields. However, during our communications or exchanges, I noticed that each person had various perspectives. What each one thinks is right differs. Yet, most importantly, if you're in this industry as an industry leader, under any circumstances, you must be right.

Remember, pessimists are often correct, but optimists tend to succeed. Sometimes you might find out that some pessimists are usually correct. For example, let's say I'm talking about a company today, and I name plenty of issues about the company. Then you realize that you're right, and he also acknowledges you. However, you would notice that if all you see are issues, you will find it difficult to see through what can make it succeed and you might not take actions on it. Only when you take a step forward and jump into the water can you learn to swim. If you watch someone else swim on the shore, you will never master swimming.

Gloria Ai: So it's not about finding the right thing. To make money, you need to believe in it and make it right and great?

Ming Jin: I think there's common ground between the two. You must believe in its tremendous value to work for it, but you will have innumerable doubts and find out plentiful issues during the process. At that point, 99% of the people will step back and quit. Only 1% of them will persist in their initial motivation.