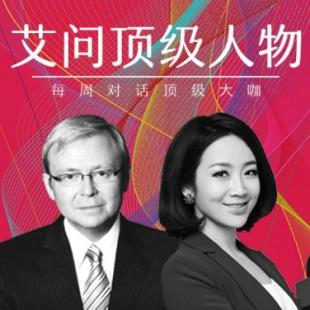 On July 4, China's Ministry of Commerce (MOC) spokesperson Feng Gao stated at the press conference held by the Ministry of Commerce that as long as both parties abide by the principles and directions agreed upon by the two heads of state, extend collaboration on the basis of equality and mutual benefit, and manage differences on the basis of mutual respect, both countries can achieve mutual benefit and win-win results.

Feng Gao pointed out that the successful meeting between the heads of state of China and the United States "demonstrates the development trend of Sino-US economic and trade relations for the next stage... This again indicates that the sound development of Sino-US economic and trade relations is aspired by the people of the two nations and commonly expected by the global community."

According to Reuters, Trump administration officials stated last week that senior representatives of the United States and China had been making arrangements to restart negotiations. After the intense standoff for over a year, the US-China trade negotiations are trending positively.

In fact, with regard to the trade war initiated by the United States, China has long indicated its position: not wanting a trade war, not being afraid of one, and having to fight one when necessary. Former Australian Prime Minister Kevin Rudd published an article last month, stating that whether the two sides would reach an agreement depends on Trump's actions.

"The Chinese government has repeatedly emphasized its position to strike back against the United States, which is something I have never seen in the past 30 years. These moves convey a clear message: the world has attacked China plenty of times in the past 5,000 years, yet the Chinese always managed to overcome obstacles and win eventually."

Kevin Rudd claimed that China has done its homework in terms of policies. If the trade war breaks out thoroughly, the annual economic growth of China will decrease by 1.4%. To maintain a growth rate of above 6%, China has prepared comprehensive measures including fiscal and monetary policies as well as investments in infrastructures. In April this year, Kevin Rudd said in an exclusive interview with iAsk that the trade negotiations will definitely come to an agreement, since both countries need an agreement in this regard.

Will China and the United States definitely reach an agreement?

At the lobby of the Charles Hotel in Harvard Square, Kevin Rudd spoke with us in fluent Chinese. At the beginning of 2014, Kevin Rudd left Australia with his family and later sold his house in Brisbane with his wife. He was hired as Senior Fellow by Harvard Kennedy School and also served as President of the Asia Society Policy Institute (ASPI). Sino-US relations have always been one of his research topics.

Gloria Ai: Whether through conducting research at Harvard Kennedy School or at Asia Society Policy Institute, you have been trying to figure out what is happening between China and the United States, and what action each of us can take. Have you found the answer?

Kevin Rudd: I think two aspects are crucial. Firstly, after the trade agreement is reached, both parties should start taking advantage of the friendly political atmosphere from that day on to improve bilateral relations in other fields. Secondly, the two sides should collaborate economically by leveraging the possibility of the financial reform and inviting US financial institutions to play a role in China's domestic financial market. In the meantime, Chinese enterprises should also participate in the US market. With economic connections, the future of bilateral relations can be steadier.

Gloria Ai: You said before that the year 2018 was a major turning point for Sino-US relations, in that the US strategic policy toward China changed and the previous approach did not work. From your perspective, where is the biggest divergence between China and the United States? How to solve it?

Kevin Rudd: First of all, trade relations are still essential. Trade talks are ongoing. As for my predictions and insights, the two parties will definitely reach an agreement. The two countries need such an agreement. China needs it for the domestic macro economy, so does America. Overall, I think it's fairly certain that an agreement will be reached between the two.

Secondly, in terms of investments, I noticed that there have been excessive bilateral obstacles. If both sides are to enhance Sino-US relations in the future, bilateral investment amount should be substantial.

Thirdly, regarding financial cooperation, in the past year, the Chinese government has implemented plenty of financial reform policies and encouraged foreigners to participate, not only in the stock market, but also in the debt market. As for cooperating on other financial markets, such as global financial institutions' activities in China, it's also of great importance in my opinion. The collaboration on the three abovementioned fields should lead to a new good story of Sino-US relations.

After experiencing the ups and downs in his political career, Kevin Rudd firmly decided to quit. Nowadays, he considers himself a pure scholar, working on the research on Sino-US relations, interpreting policies for decision makers, and becoming a bridge of communication. He claimed that he is a global citizen and that he would spare no effort to call on all countries to attach importance to climate change and to contribute to the stability of the future global strategy.