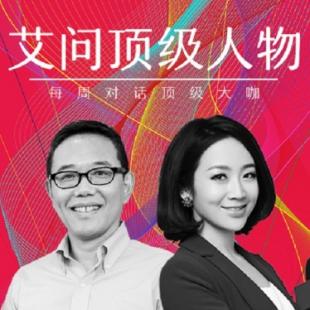 Are there plenty of people who make a living by publishing books? | iAsk Top Leaders

CITIC Press Group was initially founded as China CITIC Press in 1993. It was restructured into CITIC Publishing Company Limited in 2008 and developed into the CITIC Press Group later. At present, its main business includes book publication and release, bookstore retail and other value-added cultural services. On the day of the listing, Bin Wang, President of CITIC Press Group, rang the bell in person.

Even though the IPO took three years, statistics show that CITIC Press Group has been growing steadily in the past few years. In 2016-2018, the operating income totaled RMB 977 million, RMB 1.271 billion, and RMB 1.634 billion, with net profits of RMB 128 million, RMB 187 million and RMB 196 million respectively.

However, CITIC Press Group also clearly stated in the prospectus that:

The rapid development of digital media in recent years, especially the development of mobile terminals such as the Internet and mobile phones as well as other forms of new media, has transformed the conventional understanding and consumption philosophy of media, and also impacted the production, operation and sales of traditional publications. Currently, the main source of income of the company's business still largely relies on paper media. If the company's business expansion in digital publishing and new media applications cannot keep up with the gradual popularization of new media forms and the technological revolution of digital book publishing, it may exert certain adverse impacts on the company's operations.

Based on "The 2018 Annual Report on China's Book Retail Market" by OpenBook, the total price of books sold nationwide last year reached RMB 89.4 billion, among which RMB 32.1 million was generated by physical bookstores, a year-on-year decrease of 6.69%. As the book channels online such as Amazon, DangDang and JD gradually developed, the growth potential of physical bookstores has been further suppressed.

As early as 2015 when CITIC Press Group was listed on the New OTC Market, President Bin Wang stated, “We are facing a period of transformation. The company will fully focus on transforming itself from a traditional publishing house to a creative content communications company. With brand visions, creativity and combined means of content and technology, we strive to be a genuine speaker among the group of isolated readers, a thought leader in the world of overflowing information, and a composed pioneer in this industry."

Gloria Ai: Nowadays people label the traditional press sector as a sunset industry. As paper media decline, people are exploring new ways to make money. Some people not only publish books, but also create IP and develop games and films; another way is to provide trainings, either online, offline, or educational. What about CITIC?

Bin Wang: I don't think we will take those paths. From my perspective, the entire market might need to make a breakthrough in the future. For instance, the number of writers on some social platforms in China or those who simply write a few words on Sina Weibo amounts to over 2.5 million. We used to treat publishing as a very sacred process, in that there were only tens of thousands of writers, a large number of which were part-time ones. For example, they could be professors or researchers, who are willing to write books. However, as a matter of fact, writer can be a full-time profession. In China, not many people make a living by writing books, since it is still quite challenging.

Gloria Ai: Are you responsible for products or the company's revenue?

Bin Wang: We need to take responsibility for the corporate value. In the short term, we need to make profits; in the long term, we need to grow. The most important thing is to establish a long-lasting business foundation, the essence of which is to exist in the market and in people's minds, rather than in financial statements.

I think from a commercial perspective, running a bookstore is definitely not a profitable business. However, it is said that cities cannot go without bookstores. For the next generation and for our children, it would be unbearable if the younger generations never get a chance to see bookstores when they grow up. For the record, it was my forecast for paper books. If paper books always exist, how could bookstores be eliminated?

Gloria Ai: You once said that the year 2020 would be a turning point for the publishing industry. Do you still think so?

Bin Wang: People might imagine seeing a turning point on a curve, which has peaks and troughs. But I think it can be viewed from another perspective, where there will be a steep tangent line at the turning point. Therefore, the publishing industry might demonstrate its value with the power of technology or the market, which might exceed our imagination as discussed today.

The value chain of traditional publishing focuses entirely on writers, instead of readers. If it's driven by problems or demands, and if the content can be restructured with publishing logic and value, the sector would be invincible in my opinion. We're striving toward that direction.

Gloria Ai: Do you think you are a successful businessman?

Bin Wang: No, I am an unsuccessful businessman.

Gloria Ai: Are you a demanding boss?

Gloria Ai: Do you have a keen sense of crisis?

Gloria Ai: How do you maintain high work efficiency?

Gloria Ai: Which company is the largest competitor for CITIC Press Group?

Bin Wang: None. Sorry, I really have to be honest. There's none.

Gloria Ai: What do you think is the most promising business sector in the future?

Bin Wang: Everything related to people's experience is interesting to me.

Gloria Ai: What is the most important quality of a successful entrepreneur?

Bin Wang: They must have ideals and persist.

Gloria Ai: What is the biggest characteristic of your personality?

Gloria Ai: Out of a hundred points, how would you rate CITIC Press Group?