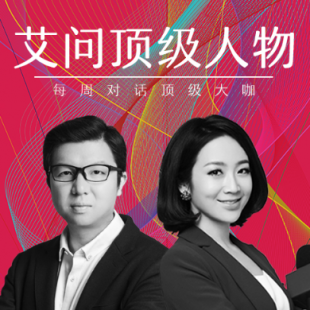 Owning an extraordinary unicorn firm worth $25 billion. Ranking 11th on Fortune's List of 40 Chinese Business Elites Under 40. Running a company with an APP with over 200 million daily active users.

The achievements of the 37-year-old Su Hua are enviable. However, as the Founder and CEO of Kuaishou sees it, the status quo of the firm is less than satisfactory.

In June, Su Hua sent an internal letter to all employees, pointing out that there were deep-rooted concerns under the seemingly decent financial numbers of Kuaishou. During the process of growing, Kuaishou was losing momentum, becoming slower in reaction, its connections with users weakened, and was no longer the fastest-running team, Su Hua wrote.

"We are deeply dissatisfied with the how the company is today: sloppy, indifferent. We used to be ‘The Fast One’; now our label is becoming the ‘The Slow One’.”

Su Hua said that Kuaishou needed to reflect on itself: Has it forgotten where it started?

Three years ago, iAsk visited the headquarter of Kuaishou. The office was well-lit as bright as day even at 10pm. It seemed like work meant everything to the team, for the sole purpose of making a great product. What does “great” mean? As Su Hua repeatedly emphasizes, it is their firm belief that the life of each and every individual, however ordinary, deserves to be documented, shared, seen and respected.

For the sole purpose of documenting the life of the ordinary?

"Since I started writing codes with a Subor Learning Machine, I have been programming for around 22 years. To me, programming is the most wonderful way of expressing human thoughts and inspirations."

An engineer – as Su Hua labels himself from the bottom of her heart. A Tsinghua PhD dropout, worked in Silicon Valley for two and a half years, founded "GIF Kuaishou", and now turned to do short videos, Su Hua always stikes people as a tough engineer who does not talk much.

Su Hua wishes to make quality products with good programming, but first, he needs to figure out the purpose of such products.

In 2011, GIF Kuaishou was founded at a time when social media, including Weibo, started to thrive. Initially, the product was positioned as a GIF-making mobile application so that users could easily create and share GIFs. However, a GIF-making tool apparently would not guarantee a top position in the Internet industry. In 2014, upon noticing the dividends brought by short videos, Su Hua became more aware of the future demographic dividend.

"A platform for documenting and sharing daily life." Shortly after its inception, Kuaishou rose to absolute dominance. According to the "2019 Kuaishou Content Ecosystem Report" published by Kuaishou Big Data Research Institute, Kuaishou gained more than 200 million DAUs (Daily Active Users) and over 400 million MAUs (Monthly Active Users) in May this year, with over 13 billion original videos in accumulation.

Gloria Ai: Kuaishou went through several transformations over the years of development from a GIF-making tool to a social networking platform, to short videos, and to live streaming. How do you know whether it is time for a change?

Su Hua: In fact, it is quite simple. From the beginning of product positioning, I have always emphasized that Kuaishou is designed to document and share daily lives. We would examine the preferred ways of interaction at the time. For example, as WeChat started supporting video chats, users gradually become accustomed to interacting through video chatting. When that happened, we knew that it was time to help ordinary people interact on a real-time basis through live streaming, which is why we developed the feature accordingly. But deep in our hearts, we are consistently devoted to documenting and sharing moments of life.

Gloria Ai: Documenting moments of life - you said it as if it is all simple and peaceful, but I know for a fact that there is intense competition in the field. Who are the competitors of Kuaishou?

Su Hua: We hope that there will be more who join us in the field of documenting ordinary lives. However, in fact, there are not many players in this field, because it is relatively more time-consuming to grow a business on ordinary people sharing their lives. It would grow a lot faster if you bank on the celebrities, influencers or “those who look good”.

Su Hua: We may look at the GDP of a city or its per capita income. Those who earn around the average shall be deemed “ordinary”, as the normal distribution of population suggests.

Gloria Ai: Could you profile Kuaishou users for us? How are they like? What do they like?

Su Hua: A first characteristic of Kuaishos users is that they are relatively young, as the majority of them were born in the 1990s. They are happy to document their everyday life as well as their emotions and are willing to openly share with everyone. That basically sums up the profile of Kuaishou users.

Gloria Ai: According to the statistics, most Kuaishou users received an education of high school or below, and they are mainly from Tier-3 and Tier-4 cities. Users in counties, townships and villages account for approximately 15%. Is it consistent with what you imagined or expected?

Su Hua: Yes, pretty much. Based on the current population distribution in China, it is roughly a 50:50 split between residents living in urban and rural areas. The population of Tier-1 cities only account for less than 10% of the total. The majority of people do not actually reside in Beijing or Shanghai.

As an engineer or a CEO, commercialization is an inevitable battle.

As Kuaishou is backed up by top institutional investors such as Tencent, Sequoia, Baidu, CMC (China Media Capital) and Morningside, some insiders disclosed to the media that Kuaishou is currently well supported by strong capital and thus not motivated to source funds.

However, for a company that centers on products, product popularity would be pointless if they couldn't be monetized.

Gloria Ai: Why didn't you try monetizing the traffic?

Su Hua: In the early days, we were seriously short of hands. Back then, we mainly focused on user products. We only really started developing commercial products this year (2016). A few years ago, the bandwidth, i.e. Internet speed, was not sufficient, and there were difficulties for product development. The majority of Internet firms prioritize user products and will only opt for commercialization after they become successful with the user products to a certain extent. Nonetheless, there are only a very small number of companies that excel at commercialization from the very beginning, but the majority of them would focus on products first.

Gloria Ai: Was the process of developing products stressful? For example, Yizhibo has been utilizing celebrities. Meitu and Miaopai do the same too. Yet, you are not attempted at all?

Su Hua: Every company has its own pace.

As Su Hua said, since 2017, Kuaishou has conducted a number of experiments in exploring original business models and launched several products subsequently, including the consumer-facing news feed product Fan Headlines, the order-taking platform Kuaijiedan which helps match merchants and Internet influencers, as well as the Kwaishop which represents Kuaishou's social e-commerce capabilities.

However, at the end of 2017, Su Hua stated at an internal meeting that he did not wish to generate revenue by attracting advertisement placement and that Kuaishou needed to re-adjust the future direction of commercialization.

In the second half of 2018, Alibaba's former Senior Algorithm Engineer Yan Qiang was officially appointed as Kuaishou's Vice President for Commercialization, responsible for the exploration of Kuaishou's business model. At the end of October, Kuaishou announced that 2018 would be its first year of commercialization, when they officially launched Kwai Marketing and opened up entirely to news feed advertisements and social networking ecosystem. Kwai Marketing is composed of two systems, namely Kuaishou Advertising and Kuaishou Business Open Platform, demonstrated in three forms – news feed advertisements, banner advertisements, and fan headlines.

Having mapped out the blueprint for commercialization, Su Hua has no intension of taking break. Two weeks ago, Bloomberg reported that Kuaishou plans to go public in the United States next year and will be seeking funding of $25 billion before the IPO.

Kuaishou has never stopped in the race with itself, but instead of a run, Su Hua wants a sprint, a continuous and unstoppable sprint…