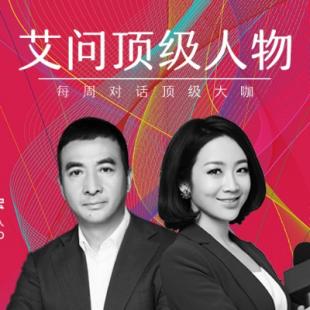 2019 was a very challenging year for long-term apartment rentals.

The population of renters in China's residential rental market hit 210 million individuals in 2019, and is expected to increase further to 240 million by 2022. One survey indicates 43% of white-collar workers were willing to accept a lifetime of renting, with 80% of respondents able to accept long-term apartment rentals at 2,500 RMB or less.

As of 2018, the long-term apartment rental market in China hosted more than 80 active brands distributed across 44 municipalities with 375,252 long-term rentals on offer.

The percentage of new apartments in the long-term rental market in first-tier cities reached 35% in the period 2017-2018. However, issues in the industry have been exacerbated over the past several years of operations and trial and error. Now mines laid by companies in their blind quest for expansion are detonating, one by one.

The long-term apartment rental industry was the subject of frequent issues in 2018 with 25 long-term rental companies, including Yujian Apartment, Haozuhaozhu, Aigongyu, and Youzuke, forced into bankruptcy by ruptures in their asset chains and inadequate management. On the other hand, dominant players such as Ziru, Rubik's Cube, Danke, and Qingke are planning public listings.

The industry as a whole seems to be enacting its own 'song of ice and fire'.

Industry insiders point to the fact that long-term apartment rentals are now going through a period of deep consolidation after several years of aggressive expansion, demarcating some to bankruptcy and reorganization and others to the public market. Capital demands monetization and management requires greater financial support, putting the capitalization of leading companies very much on the agenda. Yet the long-term apartment rental market has yet to resolve its internal issues, at the core of which lies operational standards and profitability. This is the sphere in which the advantages of long-term rental businesses operating under developers with strong financial and operational capabilities have come to the fore.

China Young Professional Apartments has chosen to keep a cool eye on developments in 2019, a year marked by extremes in the industry, in favor of a steady future focus and to lay up greater energies for a later sprint. Taking it slow and steady means excellent work for Wang Gehong who follows his own entrepreneurial philosophy. iAsk has obtained an exclusive interview with the founder of China Young Professional Apartments, Wang Gehong, to hear his take on, ''How to be an entrepreneur in long-term apartment rentals''.

Gloria: Why did you decide to set up a business in the long-term apartment rental sphere?

Wang Gehong: A sense of mission. I was returning to Beijing from the US one night and took the subway from the China World Trade Center to Tongzhou to change trains at Sihuidong. There was a veritable sea of people at the station with everyone having to jostle to and fro and I was really struck by the sight. I have had occasion to 'drift through' Beijing, Shanghai, Guangzhou, and Shenzhen and the properties I stayed in then were all of very poor quality. The foremost hope in my mind when I founded this business was that I wanted to give young people somewhere to stay of a good quality, from where they could work hard with dignity, and which would enable young people to live in the CBD. So my first apartment ended up near the Forbidden City, and my second near the CBD.

Gloria: How would you introduce China Young Professional Apartments in a sentence? What marks it as different?

The long-term apartment rental industry is dominated by light asset projects which can be grouped under a 'middleman landlord model'. But this has led to significant difficulties in raising funds for development due to the lack of strong credit for the entities themselves in obtaining loans as well as their lack of pledgeable assets.

China Young Professional Apartments has elected for a ''brand operation + REIT fund'' model which does not rely on third party credit guarantees, but only on asset quality and operational capabilities by which to win bank financing at lower rates, realizing a complete, 'closed loop' from stock acquisition from PE funds -- refurbishment, being owned and managed -- REIT exit.

Gloria: In the more than 6 years since you started your business, you have observed how common it has become for young people in China to give up on buying property and of the need of many white-collar workers for high-quality, long-term apartment rentals. Are we still in the early stages here?

Wang Gehong: The existing need in the market was already demonstrated last year and the year before that. China's long-term apartment rental industry is currently growing at a very fast pace while, at the same time, the 'houses are for living, not speculation' policy put forward by the government has also been a positive signal from the industry's perspective. The long-term rental apartment industry has now entered into an era of massive, 'gushing' growth.

Gloria: Various strong players within the industry have been snapping up properties and gaining customers at a frenzied pace. We've also seen a succession of new players emerge such as Danke, Rubik's Cube, and so on. Why is CYPA so calm? Why hasn't it gone out to raise significant financing?

Wang Gehong: It has to do with my initial aspirations. The aim of a lot of entrepreneurs in China is to: firstly, get big; secondly, do it quickly; thirdly, IPO. Because that is the only way to demonstrate the value therein.

Why is it that a lot of long-term rental businesses have fallen over recently? They expanded too quickly but did not have the ability to shoulder that rapid pace. They adopted a differential pricing model in commerce. For example, the way apartments have been snapped up has been akin to considering 'flour more valuable than bread'. The rent might be 5,000 RMB. I'll grab it for 6,000, but another brand will purchase it for 7,000 to be competitive, but the actual situation in the market externally is that it is worth 5,500, and so everyone involved is at a loss. How are they going to grow sustainably after that? Many companies have no choice but to go into a model of ''get financing - burn cash''.

As an entrepreneur, I would also like to scale up and list quickly. However, CYPA found that the most popular model - the 'middleman landlord model' - does not make money following our trials of several models. The most challenging is the heavy asset model but its profits are quite decent. However, the model involving an initial phase of frenzied apartment expansion turns into a 'diseconomy of scale'. So we have decided to slow things down: not to be enticed by size, not to be vexed by speed, but to be measured and to create systems and value that can grow in a healthy way. CYPA has started to look to one of the United States' most remarkable hamburger companies, Pal's, for a benchmark. Pal’s was founded 60 years ago and has opened less than 30 stores, yet it is the top company in the US in its industry for retail sales and profit per square meter. They have refined their processes and quality to the apex. Of course, CYPA does not need to grow as slowly as Pal's, but it is from them that we have found a secret key to sustainable and healthy growth.

I'd prefer to look at how I'll be going in 10 years. Business is like running a marathon: I'm focused on my pace. As a business, I'm going to want to start by getting my knees and heart in proper shape if I want to proceed at just the right tempo.

China Young Professional Apartments took the lead in launching China's first residential rental asset-style REIT on the Shenzhen Stock Exchange in November 2017 in response to the release of the central government's 'houses are for living, not speculating' policy. CYPA thus became a pioneer and industry benchmark for ‘finance servicing the real economy' and for real estate transformation and financial innovation in China.

China Young Professionals Apartments served as a pilot organization at the beginning of 2019 in helping the People's Bank of China and China Securities Regulatory Commission launch a public REIT, and partnered with COFCO and Nanjing Future Science and Technology City to look more closely at innovative apartment models for elite professionals in China.

Will CYPA not be facing competitors in 10 years?

Gloria: The long-term apartment rental market is not an industry for short-term profit taking. What sorts of changes are China Young Professional Apartments planning to bring to this industry?

Wang Gehong: The long-term apartment rental industry will certainly be making money as we go into the future. The long-term apartment rental businesses that have fallen over demonstrate there are indeed some business models that don't work. CYPA is advancing on the shoulders of those who have gone before and learning the lessons in their experiences, giving us a greater chance of success.

Currently, CYPA has created four sub-categories of products in the market: 'maker' apartments, 'white collar worker' apartments, 'elite' apartments, and 'family' apartments. We have also created a 'closed loop' for consumers and capital: apartment acquisition -- refurbishment -- asset securitization -- monetization. This offers a lot of value. Currently speaking, only CYPA has really and fully traversed this path in our industry.

Gloria: What kind of changes do you think lie in store for the long-term apartment rental market in China?

Wang Gehong: China's hotel market is very well developed. For example, Huazhu, Hanting, Home Inn and so on - there have been a lot of entrants. But what I found when I was in the US was that Americans would always stay in apartments, and young people would very rarely discuss purchasing property, but would discuss where they should rent and which apartments were relatively cooler instead.

My intuition is that the top 10 major metropolitan cities of China will look a lot more like the US in the future: young people in China might not purchase properties, and topics of conversation in China might no longer revolve around property, but renting. I'm not doing real estate right now, but actually a consumer product subsequent to the transformation in concepts around accommodation for China's youth. The real estate market will no longer just revolve around buying and selling relationships. Renting in all of the world's sophisticated cities - New York, Tokyo and Paris - is all very mature, and the evaluation of whether or not a city can be classified as international relates to renting there, not buying and selling its property. So a city can only be developed once its renting is matured as then it can hold more people.

I am sure I will not be on the 'front lines' after 10 years - my strength is in handling REITs. My greatest aspiration in the future is to really be able to implement public apartment REITs in China. I really hope others will come along to carry on CYPA's spirit of value creation for consumers and assets. I'll definitely be standing behind and backing CYPA. My hope is that CYPA can become a figure, idea, and valuable brand with genuine permanence.