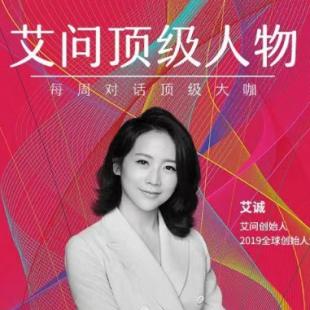 She was born in Huanghshan, Anhui and entered the School of Journalism at the Communication University of China as the top Comprehensive Liberal Arts student from Huangshan City. The highest grades in her 4-year course earned her a guaranteed spot at the Institute of International Communication in Peking University, after which she commenced a Master in Public Policy at the Harvard Kennedy School.

She has worked in the Strategic Communications Division of the United Nations Headquarters and International Finance Division of the World Bank while also holding concurrent roles as a New York-based finance commentator with CCTV and special correspondent with Phoenix TV. She has received frequent hosting invitations at the Boao Forum for Asia, Shanghai Expo, Davos and other such high level financial and expert gatherings and has a passion for public welfare and media policy research. She is the author of 'Common Sense of Entrepreneurship', and ‘Struggle is a Faith'.

She was recognized as a young 'Global Shaper' by the World Economic Forum in 2012.

She returned to China to found the independent media brand iAsk Media in 2014.

She has conversed with and reported on thousands of entrepreneurs and investors on the 'front lines' over the last 8 years, which has earned her the moniker 'the most inquisitive lady.'

She is Gloria Ai.

Gloria Ai, founder of iAsk Media, sat down recently with Cover News to discuss her personal journey as a media personality and investor and to share some of her most significant personal experiences over the past year.

Cover News: What made you choose the 'road of a founder'? And why in the media industry?
Gloria: I think someone's decision about what to do is a very significant proposition that cuts across their entire life, but there is a series of questions we can use to nail down the answers to exactly what sort of things perhaps we should be doing.

The first step is to take a good look at ourselves and ask: What do you want to do? The second is to ask ourselves: What can you do? Your list will grow shorter as you continue to clarify the answers to these questions. The third step is to look at the things most in need of doing in the world from out of what you want to do and can do.

Before 2014 I was a returning international student, an alma mater of Harvard University and Peking University, and an extremely fortunate intellectual and beneficiary of higher education. I had previously worked at the World Bank, as an investment consultant in Washington D.C., as a New York-based financial commentator with CCTV, and as a press assistant at the United Nations New York headquarters.

The world seemed to have undergone a dramatic shift after 2014. That was the year in which Premier Li Keqiang got up on stage at the Boao Forum for Asia and said, in eight characters, that we need to ''promote mass entrepreneurship and innovation''. I happened to be in the audience at the time and my experience is that those of us born in the 80s and 90s might just be destined for these 'two innovations'. I had also begun to develop an awareness of what perhaps we, the younger generation, should be doing exactly.

So I made the decision to return to China and founded iAsk in 2014 with an 'empty cup mentality' from zero.

Our journey from 2014 to 2019 has lasted for five years, during which the most significant change has been in the way we have come to focus more and more on entrepreneurs as the target group for our services - from our earliest top leader interviews and reports on the figures of our era, to our current 'twin engines' of iAsk Media and iAsk Capital. What we are providing entrepreneurs with is a suite of multidimensional, full cycle media and financial services. This has been the greatest takeaway for me as a founder over these five years.

Vision: Not just a ‘Woman‘s Forbes’ but
creator of a ‘Founder’s Office’ with a global reach

Cover News: How would you position iAsk over these last five years from your initial founding of the business to the Global Founders Summit you're about to convene next month? Is it a 'Women’s Forbes'? Or do you have another mission or vision?

Gloria: 'Mission' and 'vision' are two separate things. Our mission is to focus on the here and now, but our vision is directed towards the future.

iAsk has produced more than 2,000 original reports on founders in the form of articles, audio or video materials today, helping them to give their story on China's new economy to a worldwide audience. At the same time, we've also founded two alliances, one of which is the 'Global Founders Media Services Alliance' involving more than 100 Chinese and foreign media organizations including the China Daily, Beijing TV, China Education Television, Hainan TV, the Wall Street Journal, and so on, to broadcast the voices of founders in China's new economy to the rest of the world simultaneously with iAsk on a daily or weekly basis.

Another is the 'Global Founder's Financial Services Alliance' launched by iAsk Capital, involving a variety of different financial services organizations - banks, government-backed guidance funds, equity investment firms, and stock exchanges - combining media and financial services to assist founders along their entire journey. This is what we are doing now and it is also iAsk's mission.

In terms of vision, iAsk's journey has lasted for over 5 years now, and iAsk can foresee for itself what we hope to be in 5 or 10 years - a Founder’s Office with a global reach.

Cover News: Why is having a 'Founders’ Office' to be iAsk's vision?

Gloria: We call the 'Jiazu Bangongshi' the Family Office, so the 'Chuangshiren Bangongshi' would be the 'Founder's Office'. What we are hoping for within this Founder's Office is that we can go from helping founders move from their initial stage starting of their brand to then product positioning and promotion; from financing at the intermediate stage to an IPO and market listing and then finally to asset management; giving founders the chance to really focus on innovation and business as we help with reach and funding. Founders need this and we are going to accompany these 'entrepreneurs of the era' through an ever-improving suite of expertise and services.

The seeds of this idea were planted over many iAsk interviews with top-level investors and entrepreneurs that I have had the good fortune of meeting. For example, I talked to the founder of Hillhouse Capital, Zhang Lei. I asked him exactly what kinds of skills or insights he was relying on when choosing to invest in both Tencent and Jingdong? And how did he end up getting the two companies into a stock-for-stock trade-style partnership where they have been able to compliment each other's businesses very well?

He said that the standard he used for selecting an entrepreneur was that this individual must be able to sacrifice himself in the accomplishment of his endeavor -- 'He is about accomplishing his endeavor, not himself.'

Another example might come from 2013 when I was sharing many a stage with the founder of ByteDance, Zhang Yiming. He almost never spoke of himself on all the platforms I shared with him and, in fact, there are very few videos of Zhang Yiming if you try searching. So what does he talk about? He talks about users -- I asked him: Why did you want to launch 'Jinri Toutiao'? He stated the users are 'grassroots' users. The 'grassroots' also need their own headlines; they also need their own ‘cover’. Zhang Yiming defines himself as owing an everlasting responsibility towards China's millions upon millions of grassroots users. At long last he managed to create the unicorn ByteDance, which today commands a valuation of $75 billion USD despite the many obstacles and setbacks along the way including issues of copyright, policy, and so on. His aim throughout this process was to accomplish an endeavor, it wasn't about him, and that's the breadth of mind we see.

So I always tell the team at our routine meetings: the interests of the founders' are greater than iAsk's, and iAsk's interests are greater than Gloria Ai's. If it were a multiple choice question among varying ideas and opinions, 'satisfying founders' should be your only pursuit.

Gloria: From its founding in 2014 until today, iAsk Media has interacted with many truly outstanding entrepreneurs as we have grown and developed, and so the 'interview people + invest in people' model has also become part and parcel of iAsk's operations.

We have probably invested in close to 10 companies as of today, including ByteDance, Horizon Robotics, Ximalaya as well as Moviebook. A December 2018 review by the iAsk Team found: almost every company in which we invested had grown into a 'track leader' in their particular niche, and that was providing an excellent return on investment.

Investment successes in hand, we are also continuing to improve the degree of our sophistication and institutionalization. We have registered an RMB Manager in China and filed for the USD fund in Singapore, creating an investment team of professional partners, analysts, and investment managers. Furthermore, as entrepreneurs we get to 'meet at the beginning of their journey' move on to greater heights so too will their knowhow and industry insights continue to guide us to better unearth and aid future entrepreneurial talent.

We are also hoping to make the 'fin-media' from these two platforms - iAsk Media and iAsk Capital - into a synergistic, two-wheel drive. We help founders with investment and financial asset management in capital markets or positioning and promotion in financial circles to help them handle globalized media and financial resource integration outside of their daily business operations.

Gloria conveyed her wish at the end of our interview for more entrepreneurs to join her at the '2019 Global Founders Summit' at Rosewood Beijing on 5 December, where they will get a chance to show off their style and way of doing things to the world and play a part in directing the future trends of this incredible era alongside other Global 500 founders; she also hopes that more people will be able to see entrepreneurs as who they really are - their identities, what they believe, what they are trying to do, and how they define excellence.