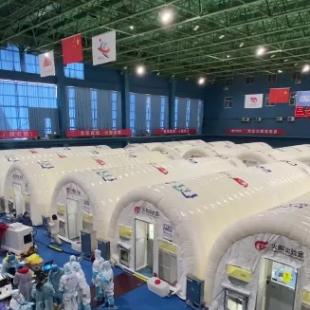 Field lab in Hebei can process up to 1m tests daily

The total number of confirmed cases in North China’s Hebei province stands at 267, including 265 from local transmission, data from the provincial health commission showed on Monday.

To further contain the spread, Nangong city in Xingtai has begun a second round of mass nucleic acid testing. Shijiazhuang will start citywide testing and expects to be finished in two days, which is faster than the first round, the deputy mayor of the city, Meng Xianghong, said on Sunday night.