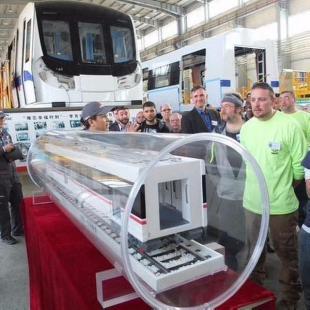 It was just the beginning of an incredible journey that transformed China into a major player in high-speed rail technology.

Back in the 19th century, 30 pupils traveled to the United States as part of a educational mission from the imperial court of the Qing Dynasty (1644-1911).

One of them was 12-year-old Zhan Tianyou,  who would later be known as the "Father of China's Railways", after he joined a select student group to learn the business in Springfield, Massachusetts.

Nearly 150 years later,  that small city in the US will be home to a factory that builds rail coaches and is part of China Railroad Rolling Stock Corp’s subsidiary in Massachusetts.

To complete the circle, 33 employees from the Springfield operation arrived at CRRC's manufacturing plant in Changchun, northeastern China’s Jilin province, in April for a three-month training course.