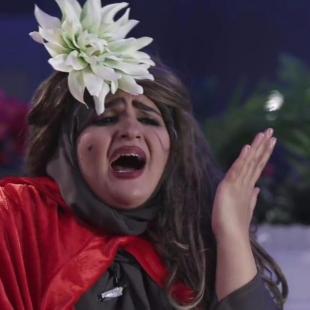 The general population of Saudis is very young. About 60% of the people are under 30 years old. In such situation, permitted music concerts and limited forms of entertainment all lead to the popularity of the internet.

Women, who need to wear a burka and nigab in Saudi Arabia were afraid of having a voice in the online world, but now they become the major force. Hatoon Kadi is just one of the women, who is using Youtube to express her view.

Hatoon Kadi is a university professor and columnist from Saudi Arabia. Some years ago, she found that on Youtube channels, many funny videos and podcasts from Saudi Arabia were all posted by men. Hatoon wanted to have her own Youtube channel. In 2012, she started a comedy channel named "Noon AI Niswa". Different from other funny videos made by man, it offers the perspective of Saudis women. After one week, her video received more than 700,000 hits. Now, Hatoon has already become the face of female comedy in Saudi Arabia with more than 313,000 subscribers. Hatoon hopes to seize this opportunity to make up for the absences of female perspective in Saudi Arabia.

In April 2016, Saudi Arabia launched the program of "Vision 2030" which promises a wave of cultural reforms to diversify the kingdom's oil-dependent economy. It focus on women, young people and how to improve the living standards of Saudis. Under "Vision 2030", there will be more than 450 registered amateur clubs for cultural activities by 2020. In the meantime, the female participation in the workforce should increase from 22% to 30%.